'Full participation on Brent Cross West Station plans or we will go to law,' Capita-Barnet told 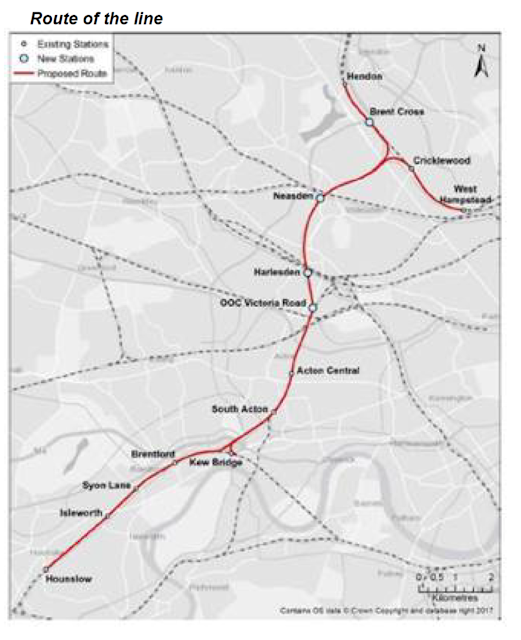 The Coalition for a Sustainable Brent Cross was formed a long time ago and consisted of several political groups, including the Green Party, Liberal Democrats and Labour politicans as well as individuals. trade councils and community organisations. It has had ups and downs as the plans ebbed and flowed but Alison Hopkins has written to Capita-Barnet, who handle the Brent Cross Thames Link project, calling for full public participation ahead of the submission of any planning application for Brent Cross West station:

I write as the co-ordinator of the decade-old “Coalition for a Sustainable Brent Cross Cricklewood Plan”, made up of local politicians, community organisations and individuals.

There is a lower level of involvement nowadays, but, as a former London Borough of Brent councillor, I can still rely on widespread all-party and no-party contacts who have been involved in the Coalition for many years. There is now an increasing London-wide co-ordination of community groups fighting developer-led control of London’s planning policy. We play a part in that, and the content of this submission draws on that resource.

The collapse of the car-based Brent Cross shopping centre expansion has met one of main aims of the Coalition, which has been to oppose Barnet council’s predicted 29,000 extra car journeys every day in the area. That has been opposed based on both unwanted road congestion and what is now called the global heating emergency.

Given the limited nature of this consultation, I want to submit comments on only a single issue. That is the nature of the design integration study for the station.

Barnet Council's Assets, Regeneration and Growth Committee decided on 17 September 2018 to “Authorise Officers to undertake a design integration study to assess how the WLO line (Dudding Hill line) could link into Brent Cross West Station. The £50k cost estimate for the study will be funded from the Thameslink budget”.

As the committee was told:

“As reported to the last Committee, the Council Officers have undertaken an initial review for the potential station on the WLO line (Dudding Hill line) to link into Brent Cross West Station.  There are a number of options for configuring platform arrangements for a potential station.

“Subject to Committee approval, the Council is proposing to undertake a design integration study to understand potential preliminary designs for the station that would integrate with the new Brent Cross West Thameslink Station. This would allow passive provision to be provided, if possible, within the Brent Cross West station.  This review will also need to respond to other constraints such as the existing Brent Curve Junction and the Hendon Lines.

“Consequently, the Committee is asked to authorise Officers to undertake a design integration study to assess how the WLO line (Dudding Hill line) could link into Brent Cross West Station.  The £50k cost estimate will be funded from the Thameslink budget.”

That public-sector design study clearly and unambiguous falls within the scope of provisions of the UNECE Convention on Access to Information, Public Participation in Decision-making and Access to Justice in Environmental Matters of 1988, a convention ratified by the UK.

You must open the study’s findings to what the Supreme Court would consider to be appropriate levels of public participation. Furthermore, that consultation must be in advance of incorporating the study’s findings into any Brent Cross West station planning application. Otherwise, we will challenge you in law, using our London-wide expertise and resources.

That aspiration has also been included in community submissions to the Mayor’s London Plan, currently under examination by the Planning Inspectorate.

If and when there is a Dudding Hill Line station at Old Oak Common Lane station, it is also likely that the London Borough of Ealing will require 8-carriage platforms, given that other platforms at that station are already being so specified by Transport for London.

Therefore, the specification within your Dudding Hill line integration study will need to reflect these current and future policies of neighbouring boroughs. You cannot credibly avoid provision for 8-carriage platforms at Brent Cross West station.