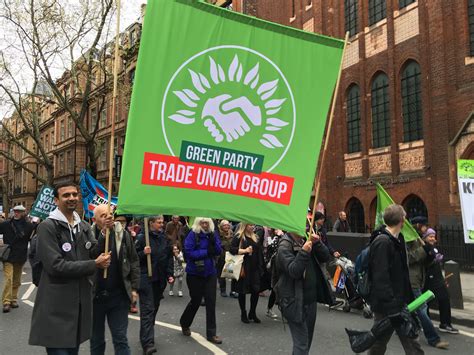 The Committees of Green Left and Green Party Trade Union  Group (both Green Party organisations) have issued the following statement:

Green Left and Green Party Trade Union Group (GPTU) call on all Green Party of England and Wales’ publicly elected representatives, MP, Assembly Members and Councillors, to seek out and work with trade unions and local and national authorities to ensure that:
· all essential workers are provided with adequate protective equipment, sanitary measures and testing during the CV19 crisis. We note that this should not only include health and caring workers but also cleaners, food and pharmaceutical distribution and preparation workers, transport workers and security workers.

· no threats of dismissal, pay cuts or other means of coercion are used to compel workers to work when they are in danger of transmitting or contracting CV19.

· workers who take industrial action due to the unsafe attitude of some employers and government, are supported, so that they do not suffer financial and/or disciplinary sanctions for taking such actions

· attempts to organise non-unionised workers are supported.
*The Green Party of England & Wales (GPEW) is a significant political presence at local authority level with over 300 Councillors many organised in the Association of Green Councillors (AGC).
They and other public representatives can play a positive role in defending workers rights at a local level.

We would also ask local Green Parties to stand shoulder to shoulder with workers over this issue at this very important time.