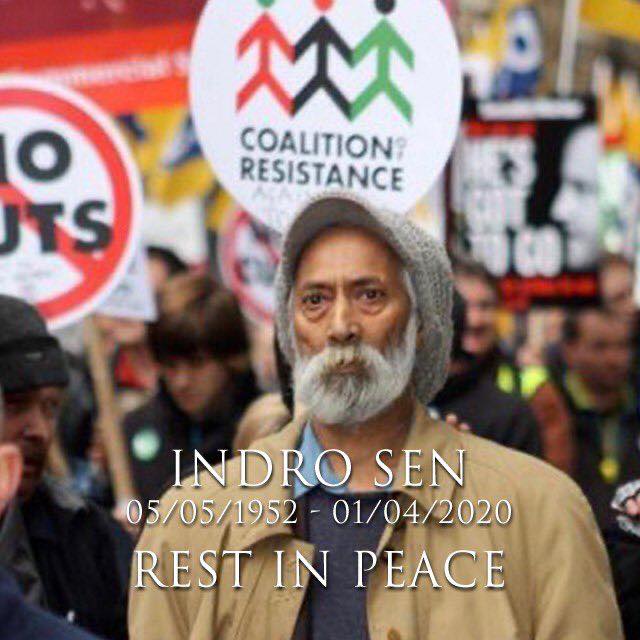 In 2016-17 Indro was involved in a dispute at CNWL over his allegations of corruption in an apprenticeship scheme and I worked closely with him on publicising the issue here on Wembley Matters. (Links below) He was suspended from his job allegedly because of his support at an emeployment  tribunal for a sacked colleague and his opposition to the CNWL's merger with Westminster College.

At the time Peter Murry, Trade Union Liaison officer for the London Federation of Green Parties and for Brent Green Party  supported Sen and said,   'Both of these are actions are entirely proper for a University and College Union Branch Secretary to carry out. If Indro Sen’s suspension is a result of his performing the legitimate duties of a UCU Officer, then he himself seems to be threatened with unfair treatment and victimisation.'


On Wednesday we lost my father Indro Sen. Being unaware of his underlying health issues, this has been a complete shock for me & my family, which is where my full focus is right now.


His whole life was dedicated to helping others, I couldn’t have asked for a better role model.


So sorry to hear of the loss this week of Indro Sen. Long time NUT and then UCU militant.
Long time school rep at Kingsland secondary school. Successful fights against victimisation.
Highly regarded Maths teacher.Brilliant ally in fights as a parent, and governor, at Benthal Primary school.

Many condolences to all the family. Rage against the dying of the light. Rest in Peace Sen.

Wembley Matters postings on Indro Sen and his struggle at the College of North West London: