ALL ABOARD TO FIGHT BRENTOX PLAN 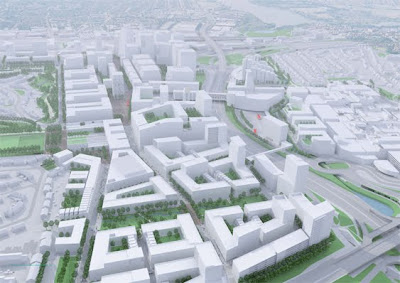 A coalition of local groups spanning Brent, Barnet and Camden has formed to oppose current plans for the Brent Cross Cricklewood (BXC) development, and to win a public inquiry, in advance of Barnet Council’s forthcoming determination of the planning application at a planning committee meeting on Wednesday 23rd September.

Lia Colacicco, Brent resident and Coalition Co-ordinator says, “This scheme is unsustainable in many ways, despite the green-wash painted by developers. Our coalition objects to many aspects of the plan: transport provisions, increases in pollution, environmental degradation and lack of social sustainability. The Mayor’s Rules are clear that major developments should be zero carbon emission but the developers say it is not commercially viable”

“In view of the huge negative environmental impact this regional scale development will have on a wide area of North West London, all our diverse groups have come together to oppose it. We welcome regeneration of the area, but not this ill-conceived pre-climate change plan that has incensed a great number of local people across three boroughs.”

Alison Hopkins, Brent Resident on the border with Barnet adds, “This is an attempt to build Manhattan in a suburban setting, destroying much green space and our quality of life in the process. Frankly, the whole scheme is overbearing, and smacks of over ambition, especially in the current fragile economic climate.”

“This scheme contains outline planning permission for the next couple of decades, for the developers to do what they want. Only an unprecedented Act of Parliament could undo the tremendous power they will gain, if this outline scheme is approved.

“Furthermore, the developers have slipped FULL planning permission into what Barnet has always called an outline application. So they can immediately make huge changes, convenient for them, even though they have no commitment to see them through in the years ahead.”

The report to the Planning Committee from Barnet Council’s planning officers is not due to be made public until Tuesday 15 September, giving only a week for residents and groups to make sense of it. It will be determined by Barnet alongside minor matters at an ordinary monthly Planning Committee meeting.

Over 3,000 petitions calling for the development to be called into Public Inquiry were handed in to John Denham, Secretary of State for Local Government and Communities in June.
Posted by Martin Francis at 22:58:00