UPDATED; What on earth is happening in King Eddie's park? 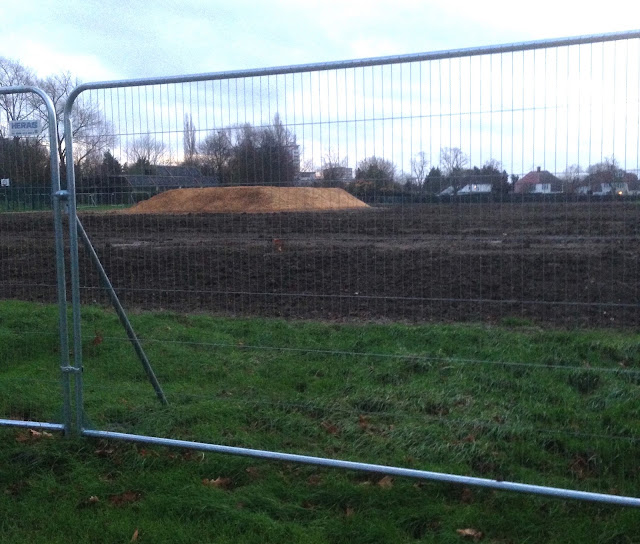 Local residents have contacted me to ask if I know what is happening in King Edward VII Park in Wembley where the sports field remains a churned up soggy mess surrouneed by fencing.


The main field of King Edwards Park is STILL fenced off (nearly 4 months now, despite a notice saying some disruption for up to 5 weeks) The West side of the park smells really bad….(drainage still an issue??)  Lots of the regular users  the joggers, walkers, dog owners, have stopped using it, and its getting quite ‘creepy’ walking in itdue to the big pile of sand, and the fence you can’t really see  whats around the corner…..especially on these dark afternoons and mornings…

Also there has been a particularly unsavoury character hanging around the ‘bunker building’  who shouts and spits at passers by.

I’ve tried Brent Council, Parks dept.  the local councillor but no response…so I was just wondering if you had any suggestions?

The short reply is that poor drainage is being replaced but why the delay is a mystery. Weather may be blamed but actually it has been unusually mild or perhaps a spring has been discovered under what used to be a meadow. Whatever the answer what is not in doubt is that this is costing a considerable sum of money.

An FoI request got this response from the Council: HERE