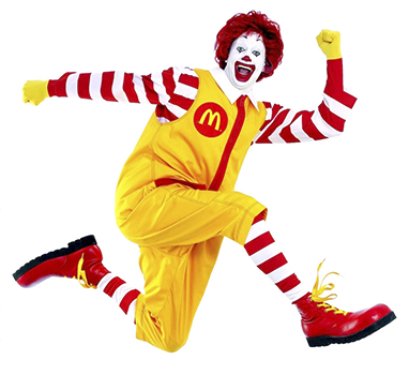 Local residents are taking on the big boys over the proposed McDelivery service at Wembley Asda. Despite a request by Brent planners for more information to be provided the only details on the application are for installation of a window!

In my submission to Brent Council I wrote:

There is insufficient information in this application to make an evidence-based comment. It refers only to a sliding window and canopy but behind this is a proposal for a McDelivery service to operate from Asda. We need information on the times the service will operate, any changes in the vehicle lay-out, how pedestrian safety will be ensured if scooters/motorbikes are used to collect food orders and noise controls. Although the Council decided planning permission was not needed for a McDonalds to replace the previous Asda cafe I would suggest that the extension of opening hours and a delivery service operating from the premises DOES require planning permission.

A resident from the flats that overlook the Asda site wrote:

The planning documents made available to residents give little information as to what the application is for, primarily a sliding window. It has now come to my attention and also to the attention of 115 Chalkhill Road residents that a McDonalds restaurant is being built on the Asda site (former Asda cafe) with 24 hrs opening. As residents we have already raised our concerns with the Wembley Matters as well as the Council person Ms Seaton. There is a massive record of noise disturbance record that as residents we have been reporting to the Council on Asda's noise pollution for many years and there has been a noise abatement notice given to Asda few years ago by the Council which has not been really fully acknowledged by Asda hence they have been operating their Home Delivery and Click and Collect business outside of permitted hours for few years and residents have suffered due to this disgraceful behaviour of Asda's management and staff. I would like to mention also about car racing that has been going on at Asda's car park at nights for few years and despite residents reporting this as a health and safety as well as noise issue as well as public safety issue (reported to the Police with number plates of racing cars on multiple occasions) this has never been tackled and resolved. As residents we are extremely concerned that approving night time McDonalds restaurant will certainly generate more noise at nights and more cars at car park causing trouble to the public.

Please kindly look into this objection thoroughly and check previous history of complaints made by 115 Chalkhill Road residents.

The works for McDonalds have already commenced at Asda Forty Lane, with the gutting of the cafe.

I was under the impression no decision was being made until the start of this week?

The planning documents made available to residents gave little information as to what the application was for, primarily a sliding window.

It has now come to light that a McDonalds restaurant is being built on the site of the former cafe with 24hrs opening.

The cafe was not open 24 hours, neither is Asda on a weekend.

You will see from previous correspondence with Brent Council, that the residents of 115 Chalkhill Road have long suffered noise pollution since all the planning applications submitted by Asda have been approved. The car wash directly beneath our homes was moved as it created too much noise pollution, only to be replaced with a skip during the building of the opticians, which then made way for the home delivery and click and collect areas which, even today, are a constant source of noise pollution (although, admittedly, significantly less than before our complaints) The residents facing Asda car park (includes me), faces the most noise pollution. And with this 24 hour operational food joint, it will be a nightmare!!!

There is still an ongoing issue with birds, attracted to the area by the food waste, again, better than it was now both MTVH and Asda have installed netting, but will continue to be a problem until Brent Council address the littering problem we have in this area, which I fear will be exacerbated with the arrival of a 24 hr McDonalds on our doorstep.

We are deeply concerned about the negative impact this will have on our neighbourhood and quality of life.
There are already groups using the staff shelter as a hang out late at night, with loud chatting and car stereos blasting out of open car doors.

The space in front of the car wash is frequently used as a race track, with cars picking up speed from Forty Lane end culminating in 'donuting' in front of the car wash.
What kind of clientele are you expecting at a 24 hour McDonalds? Do you think there will be an increase in trouble? Noise pollution? Littering? This will increase antisocial behaviour. We already find problems near Paddy Power corner.

Not to mention, positioned between to schools, Ark Academy and Lycée International. Is this in line with Brent tackling child obesity? Healthy eating? Why do we need another Mc Donald's, when there are two in close proximity and multiple chicken shops?

Would you please advise, as a matter of urgency, exactly what the plans are for this space and what considerations Brent are taking into account with regard to the issues raised above.