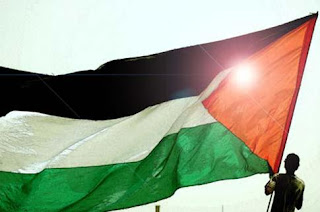 The following message has been passed on to me from the Viva Palestina convoy taking humanitarian aid to Gaza. Refused entry by Israel they attempted to cross via Egypt:

To all friends of Palestine


Our situation is now at a crisis point! Riot has broken out in the port of Al- Arish.

This late afternoon we were negotiating with a senior official from Cairo who left negotiations some two hours ago and did not return. Our negotiations with the official was regarding taking our aid vehicles into Gaza.


He left two hours ago and did not come back. Egyptian authorities called over 2,000 riot police who then moved towards our camp at the port.


We have now blocked the entrance to the port and we are now faced with riot police and water cannons and are determined to defend our vehicles and aid.


The Egyptian authorities have by their stubbornness and hostility towards the convoy, brought us to a crisis point.


We are now calling upon all friends of Palestine to mount protests in person where possible, but by any means available to Egyptian representatives, consulates and Embassy's and demand that the convoy are allowed a safe passage into Gaza tomorrow!

Following her attention being drawn to the siutuation by Brent PSC, Sarah Teather, MP for Brent East has written to the Egyptian Ambassador and the British Foreign Secretary to urge humanitarian aid to be allowed to pass safely.

However the reply received to a similar plea by a Brent PSC member from the Foreign Office does not give much encouragement:

The UK Government's clear advice is against all travel to Gaza, and this is the advice we have given to the organisers of the Viva Palestine Convoy. While we understand the humanitarian motivation of such efforts, it is reckless to travel to Gaza at present and any medical and other essential specialist staff seeking to access Gaza should co-ordinate their entry to Gaza with the major international humanitarian organisations already on the ground......Entry to Gaza via Rafah is a matter for the Egyptian authorities and humanitarian organisations wishing to deliver aid to Gaza must work with the Egyptian authorities on methods of delivery. You should contact the Egyptian authorities for details of any planned openings.
Posted by Martin Francis at 10:58:00