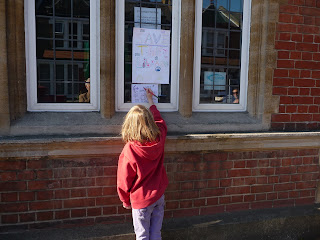 Margaret Bailey of SOS Brent Libraries and one of the appellants said after the Court of Appeal dismissed the campaigners' case:


Our legal team presented compelling evidence of damage to communities from Brent Council's library closures, so we are disappointed that the appeal judges have not found in our favour.

Closing half of our libraries has had a devastating effect in the most vulnerable members of our community, among them children and families, the elderly, the disabled and those unemployed or on low incomes.

Brent has always had the means to keep these libraries open, it just lacks the will. The overwhelming strength of public feeling over the last year shows that communities need, want and will support local libraries.

Secretary of State Jeremy Hunt has so far held back pending the outcome of this test case.

The thousands of letters and petitions he has received demonstrate that Brent  is neglecting its duties under the Libraries and Museums Act, and he must now hold a public inquiry into the actions of this council.

We are grateful to the excellent and committed work on behalf of the community of our legal team, John Halford, Dinah Rose and Gerry Facenna and are taking their advice on our options in the light of this judgment.


There are now three balls in play:

1.  An appeal to the Supreme Court if they give permission. The Appeal Court refused permission for such an appeal today but the Supreme Court can be petitioned on grounds of the public importance of the case.
2. Jeremy Hunt, Secretary of State, agreeing to a public inquiry following letters from more than 2,000 residents. So far he has not acted pending the outcome of the appeal.
3. Submissions to the media and culture parliamentary select committee investigating library closures. The committee, however, has no power to reverse the closures.