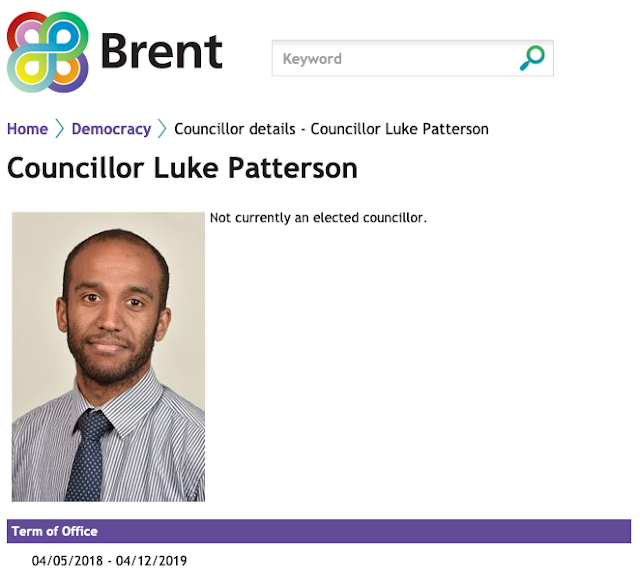 Former Brent Labour Councillor James Powney has revealed on his blog that Cllr Luke Patterson has resigned.  This brings to three the number of Labour councillors who have resigned.

Councillor Luke Patterson, a local Councillor for the Wembley Central ward in the London Borough of Brent, has resigned today.

Councillor Patterson notified Carolyn Downs, Returning Officer and Chief Executive of Brent Council, of his decision to stand down with immediate effect. His resignation creates a vacancy for the office of Councillor for the Wembley Central ward. Two electors have contacted the Chief Executive to request a by-election which will take place on 23 January 2020.

The Notice of Election will be published on our website on 13 December 2019 and nominations will be accepted from 16 December to 24 December 2019.

Further information will be available after the General Election on 12 December 2019.
In the meantime, if you have any questions, please contact our Electoral Services team.

how many more will resign??? praps theyre realising that Mo aint labour, hez just on a Butt power trip!!!