CHILDREN TO BE UPROOTED AT SHORT NOTICE RATHER THAN DETAINED 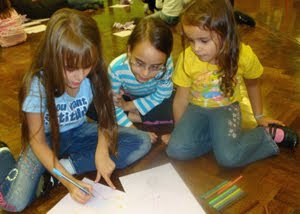 However the Guardian reports today that the UK Border Agency is launching a scheme to deport families within a two week period, preventing them from having enough time to organise the move, seek legal advice, settle their affairs and prepare their children for the move. The UKBA document leaked to the Socialist Worker expresses fears that ending detention could result in more community campaigns against deportation supported by the media and MPs.

In a previous post  last year I put forward the view that the authorities preferred to detain children because if they attended school there was a possibility of campaigns in their support:


I believe that one of the reasons that detention is favoured by this Government, and previous ones, is that schools as institutions have become highly effective at mounting campaigns against the deportation of pupils as well as supporting their needs. Schools are legally required to support racial equality and often have policies committed to social justice. Refugee and asylum seeker's children establish friendships in the school and their families begin to make links with the local community. These friendships and connections challenge negative stereotypes as refugees and asylum seekers become real people, with names, characters, emotions and histories and earn the respect of the host community.
The Guardian confirms this view:

'Nicola Rea (the author of the document and head of service, asylum, refugee and immigration services),  also raises concerns that children will continue to attend school once a family has been warned of removal, which could cause problems with other children and teachers campaigning to stop the deportation'