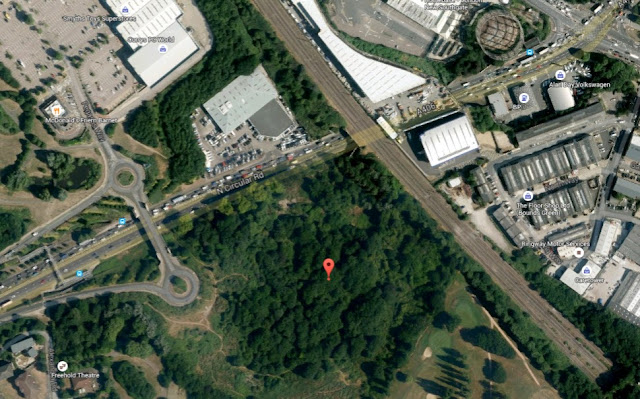 The Alliance claim that any plant handling black-bag waste can have major problems with odour and fly infestations and that WTS facilities pose a particular fire risk. They quote statistics that show between 2011-2013, there was a fire in UK WTS's almost every three days.

Barnet's facility would be directly adjacent to the A4506 and the East Coast Main Line.

The Alliance say that the number of lorry movements will approach that of the previous, abandoned waste plant proposals on one of the most polluted and congested road stretches in London.

Stephen Brice, Chair of the Pinkham Way Alliance, will be addressing Haringey Cabinet about the issue at the start of their meeting on Tuesday 14th July at 6.30pm, Haringey Civic Centre, Wood Green, N22 8LE.

He calls on supporters to be out on force in the public gallery and more, for 'barely half an hour' that evening to let politicians know the strength of local feeling.

Waste has to go somewhere

Indeed barnet can seek to shut all its sites and not process anything in the boro, it can ask all the adjacent neighbours if they would like to help out. Thats what all the boros are tryimg to do, Why exactly isn;t an old sewage works site suitable?

Because its access is to one of the most congested stretches of road in London
Because it is adjacent to homes, and very close to multiple primary schools
Because it is recognised as one of the most valuable conservation sites in the borough
Because the planning evidence at national, London and local level clearly shows that it is in no way appropriate for waste or industrial usage