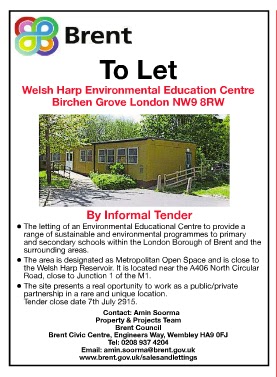 This advertisement appeared in the Kilburn Times yesterday. Unlike an earlier public notice it stipulates the continuation of environmental education work at the site, which is reassuring.

It is likely that there will be a bid by a school/schools in Brent, perhaps in partnership with a charity or voluntary organisation.

However success may depend on the balanced judgement the Council makes between the criteria for maximising monetary value and recognising the social value of a bid.