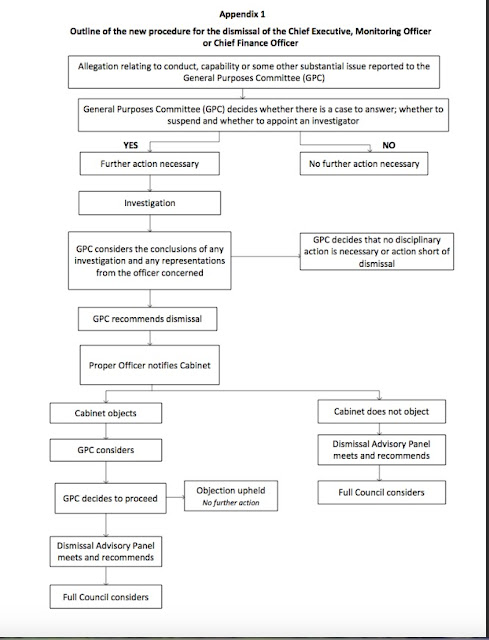 Cabinet will be asked to adopt new procedures and changes in standing orders at their meeting on June 22nd regarding the dismissal of senior staff, including the Chief Executive.  Other staff to whom it applies are the Chief Finance Officer and the Monitoring Officer.

In 2012 the then Brent Director of Finance, Chris Heaphy, was suspended over gross misconduct allegations( later withdrawn) shortly after Chief Executive, Gareth Daniel was ousted by Muhammed Butt. LINK