Child's Play? Investing in the young despite austerity

This guest blog by Andrew Ross, which he has adapted from his LGiU briefing to local authority members and officers, succinctly sets out some of the arguments for maintaining play provision in the face of pressure for further cuts. Wembley Matters publishes it with permission from the author and Policy for Play LINK.  It is of particular interest following the decision of Brent Council to close Stonebridge Adventure Playground.

Readers of this blog will be acutely aware of the threats to playgrounds and to play services. The London Play & Youth Work Campaign has come out fighting, warning the new government that it must:

‘recognise the profound value of play and youth work to society. If not, then be warned: cutting us will not be an easy ride.’ 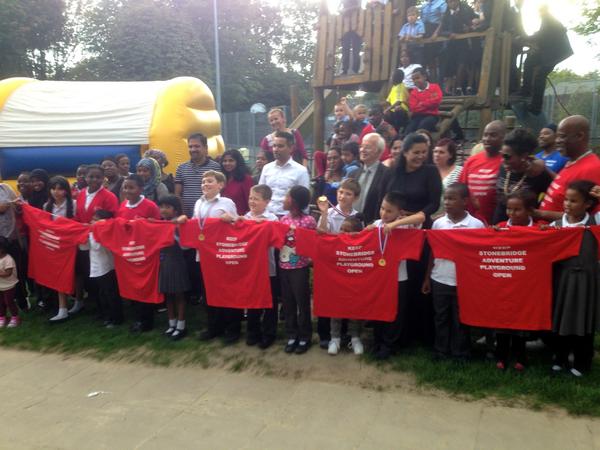 It’s not as if this ‘profound value’ is a secret. I recently wrote a briefing for local authority members of the Local Government Information Unit (LGiU), an organisation that aims to improve local democracy. I pulled together the findings from two recent reviews that caution local councils against cutting money for play because of the many wider benefits that play services bring. The first was by the All Party Parliamentary Group (APPG) on a Fit and Healthy Childhood. Adrian Voce has written about the APPG approach, set out in its first paper, Healthy Patterns for Healthy Families; and about its forthcoming play review, expected later this summer.

The other – The Play Return – was commissioned by the Children’s Play Policy Forum and written by Tim Gill. Tim cites the many developmental benefits for children of play. But he also points out that play could be a prudent investment for other reasons too. Play initiatives:
It’s tempting to think that the arguments speak for themselves. But local authorities are under enormous pressure to cut budgets. For example, government figures show that council spending on open spaces (excluding national parks) fell by 14 per cent, or almost £15.5 million between 2009-10 and 2013-14. In practice, that means councils have already reduced funding on maintaining parks, adventure playgrounds, sports fields and a whole range of services that go on in them. 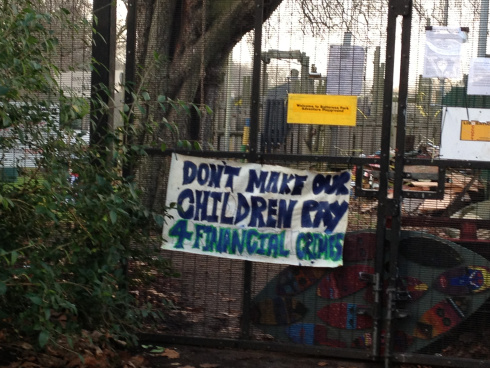 How can they be persuaded to keep spending on play? I think elected members need to be reminded constantly of how increasing the opportunities for play can help create the sorts of communities that councils are elected to deliver, even as budgets continue to decline: places that are attractive to live in, safe, connected and where everyone feels like they have a stake in the local area.

This means making spending on play part of something bigger. One example is Knowsley Council’s Green Space Strategy (2015-2020). It acknowledges the many benefits of providing outdoor play spaces, but recognises that funding to maintain and develop these is under threat. The strategy focuses on what the council can influence:

As for what limited spending there will be on play specifically, what might be the biggest wins for any investment? The former director of Play England Cath Prisk writes that:

‘The onus will be on local providers, schools and councils to make the case that is right for them to increase or sustain investment in most provision.’

She suggests three possibilities:
I’d be really interested to know how well the local authority in your area understands how play connects to some of the wider arguments about creating decent places to live, and whether that is reflected in their spending plans! Feel free to leave me a comment below, or tweet me at @andrew_ross_uk.

This blog was written by Andrew Ross, a freelance writer, researcher and facilitator specialising in urban places, andrew@fdconsult.co.uk. It is an abridged version of an LGiU briefing, available to members only. For more information, or to subscribe, visit www.lgiu.org.uk/briefings