Monster emerges through the trees at Welsh Harp Reservoir 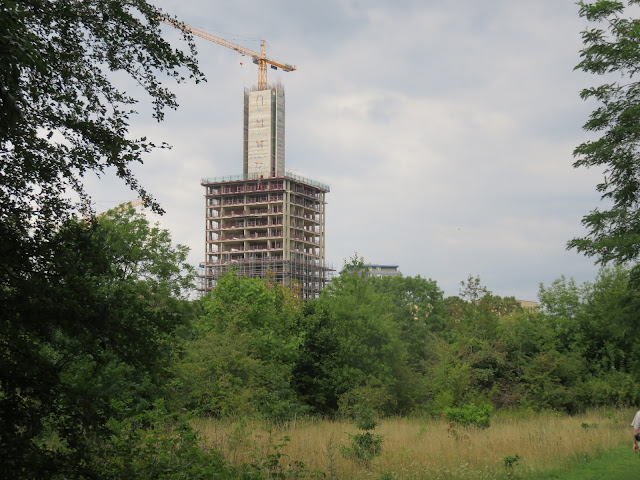 Readers will remember that there was a broad-based campaign opposing the Barratt Home development on the banks of the Welsh Harp Reservoir at West Hendon. Mainly low-rise social housing was to be replaced by luxury private tower blocks close to a nature reserve and SSSI. LINK

Unfortunately the campaign did not succeed and Barnet Council went ahead with the scheme. West Hendon Estate residents through their Our West Hendon campaign are fighting what they see as social cleansing of a community and working with Sweets Way residents to challenge Barnet Council Their passion can be seen in this video taken at a Barnet Council Meeting on July 28th when they presented their petitions:

Walking the Kingsbury side of the Welsh Harp on Sunday it became clear what an intrusive eyesore these blocks will be.  Sold on the basis of the wonderful green view of the Kingsbury bank that the new residents will see, on our side we will see tower blocks the tallest of which is 24 storeys. 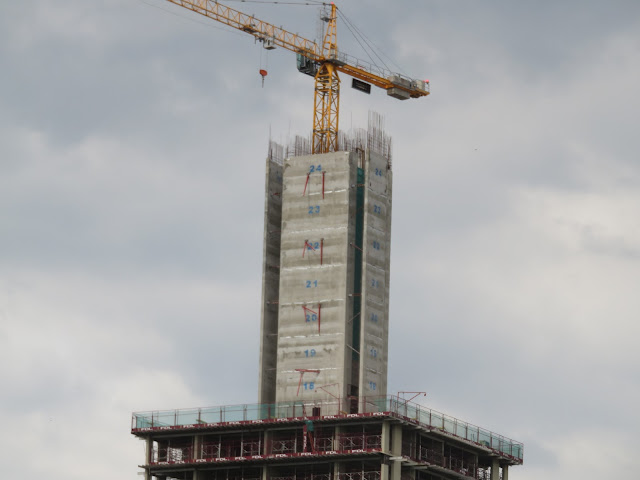 The Minutes of the last Joint Welsh Harp Consultative Committee highlight some of the issues that are emerging during the building works for  resdients and for the Nature Reserve.