No return to Debtors' Prisons through unfair Criminal Courts Charge

From the Howard League for Penal Reform 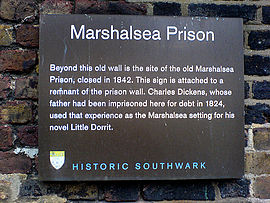