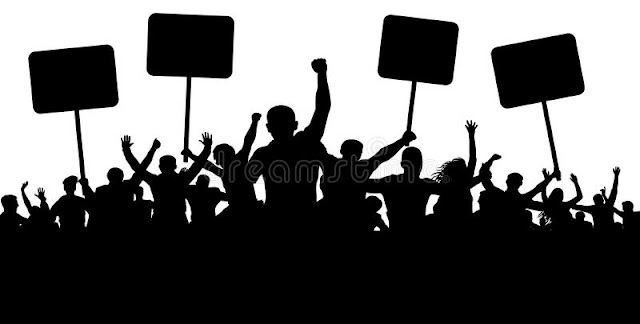 If Muhammed Butt thought that achieving 60 out of 63 seats on Brent Council at the local council election would mean a quiet life with no opposition to his one party rule, he has had a nasty surprise.

He is currently faced with three 'people's revolts', in Stonebridge, St Raphael's Estate and South Kilburn.  Not coincidentally these are three areas of Brent with, to use the jargon, 'disadvantaged' populations:  diverse, ethnic minority and working class.  They feel failed and marginalised by the Labour Council but are organising and fighting back.

Far from accepting Brent Council's back door attempt to remove the Bridge Park Complex from the community, Stonebridge residents have won the first round of a legal challenge in the High Court and mobilised mass support, most evident in the public meeting, covered by this blog, of more than 1,000 people. They have not just mobilised people but have raised funds and attracted professional support in their battle. At the heart of the campaign is  anger at the council's lack of consultation with the community and a disrespect for local people.

Across the North Circular residents on the St Raphael's Estate are also organising with two public meetings tonight on the council's proposals to demolish the estate and rebuild partly financed by private housing. Residents see the proposals as backdoor gentrification which would mean the destruction of the existing solid community and loss of green space. They instead favour a refurbishment of the existing buildings but  fear that this is not really an options as far as the council is concerned. They too have had over-flowing meetings of local residents and are distrustful of the consultation process. Their billing of the meeting as 'by the people, for the people' shows where they are coming from.

South Kilburn has long been a thorn in Councillor Butt's side and having seen off Cllr Duffy he might have thought he was in the driving seat on regeneration proposals. Not so. The crowded public gallery at last week's Scrutiny Committee on the Carlton-Granville proposals, the record number of speakers from the public, and the representation of the community's opposition by two ward councillors was a powerful demonstration of people power. They raised fundamental questions about the council's consultation strategy as well as the lack of democratic accountability of the South Kilburn Trust.

Carlton-Granville comes back to the Cabinet on Monday April 15th with a report on the Scrutiny Committee's recommendations (incidentally not yet available on the council's website).

Both the Bridge Park and Carlton-Granville campaigners have put together well-researched alternative proposals to the council's and St Raphael's residents are developing their own vision for the refurbishment of their estate.

As far as I know there are currently no formal links between the three campaigns but if they came together they would represent a formidable force. Watch out Uncle Mo!