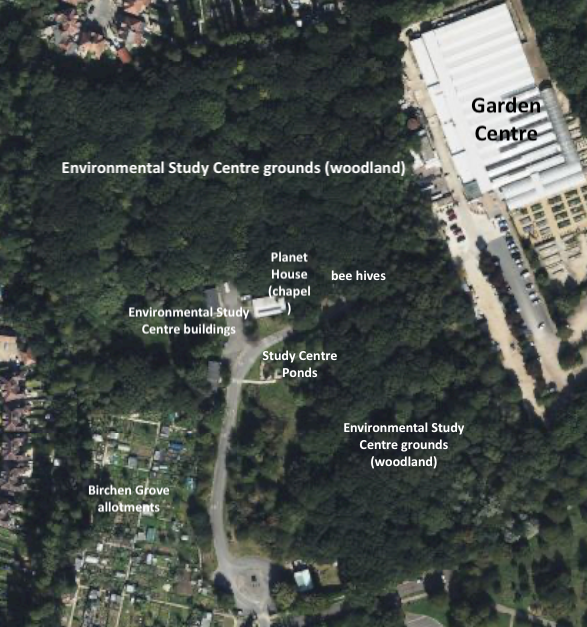 Representations were made both by councillors and the public at the last meeting of the Welsh Harp Joint Consultative Committee about the Welsh Harp Environmental Education Centre (WHEEC)  and its future.

The Committee covers both Barnet Council and Brent Council and the chairing alternates between the two. This year Barnet chairs.

The Centre has been a well-used resource for educating primary school children about the environment for decades. Thames21 was chosen to take it over when Brent Council stopped funding as a result of government funding cuts. However, after operating the Centre for a few years they decided they could not continue. Following local campaigning they decided to continue for a year, albeit with a reduced offer, while a long-term solution was found to ensure the future viability of the resource.

At the Committee's March 10th meeting it was recorded:

..it had been agreed for Thames 21 to continue activities  [at WHEEC] for a further year, with a full programme to be confirmed. It was noted that the centre required some infrastructure work in order to make the centre viable, which would incur a revenue cost. The Committee would continue to be kept updated regarding progress on the ongoing discussions regarding the future of the Welsh Harp Environmental Education Centre.

Questions and comments were then invited on the update, with the following issues raised:
· It was noted that expressions had been raised to extend the remit of classes at the Welsh Harp Environmental Education Centre, including sessions for secondary schools and evening classes for adults. It was asked if these plans were still in place to be explored. It was explained that this was still being explored and had worked in other similar centres in London, but would rely on a viable consortium to bring people, resources and organisations together to make it happen.

Discussions have continued between Brent Council and external partner organisations who have or may have an interest in creating a viable environmental education centre. Thames 21 have agreed to provide some services for another year while discussions continue for a longer-term solution for the future of the Centre.

Committee members asked for further information stressing the importance of the Centre in the context of the Council's declaration of a climate emergency. No details were available of the organisations that had expressed an interesting in forming a Consortium to run the Centre, the reduced programme that will be offered by Thames21, whether local firm Carey's an original bidder to run the Centre had been approached again, or the status of the former chapel, known as Planet House, which shares the site.

When passing the Centre's classrooms and toilet block on the way to the Garden Centre it is easy to discount the Centre's most important resource. This is the extensive woodland (see photograph above) that stretches to the Barnet border north of the classrooms and the woodland on the other side of the access road that  abuts the Welsh Harp Open Space. The towering mature trees and shrubs beneath  provide an amazing unspoilt habitat for wildlife and add to Brent's quota of green space.

When I tweeted about the Centre yesterday these were some of the responses:

Any organisations or projects interested in joining a consortium should write to  brent.parks.services@brent.gov.ukwith a brief summary of their interest/proposal.