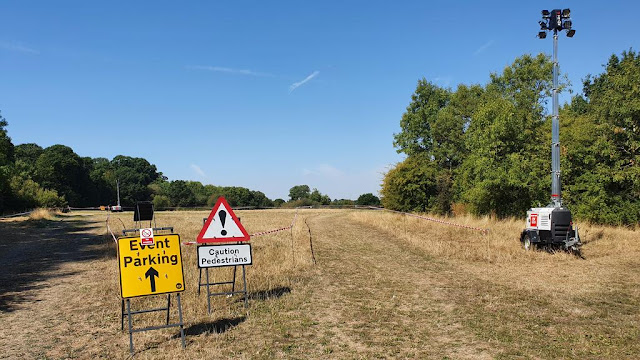 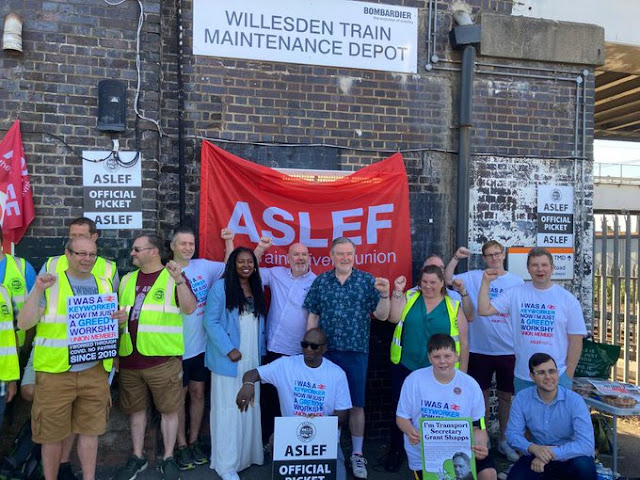 Dawn Butler and Barry Gardiner on the picket line today

Hard to get my head round this. Labour activists tweeted their presence on Aslef picket lines this morning as they joined RMT strikers and Barry Gardiner and Dawn Butler on the picket line.

Meanwhile however, Brent Council was setting up a temporary cara park in a field in Fryent Counrty Park, Wembley and directing Coldplay fans to the Stadium.

Cllr Saquib Butt, a man with many hats, was extolling the virtues of the Council's money making strike breaking on Facebook last night. Saquib is the brother of council leader Muhammed Butt.

This is what he said:

Cllr Butt answered residents' queries and made no bones about the fact that this was a reaction to the strikes:

Saqib Butt
Author
Hi Jay , the stadium manages fine on normal event days when there are no strikes. This situation has only arisen due to the travelling public not being able to use the trains etc.

So Coldplay are doing an environmentally friendly tour, see there website here https://sustainability.coldplay.com/

On their website it says “We pledge to drawdown more CO2 than the tour produces supporting projects based on reforestation, rewilding, conservation, soil regeneration, carbon capture & storage and renewable energy. As part of this pledge, the tour will fund the planting – and lifelong protection of – millions of new trees including one tree for every ticket sold.”

Yet Brent Council encourage people to drive to the event by offering parking in one of our vital green spaces during one of the hottest summers ever recorded - shameful!

However this action by Brent Council also goes against the environmentally friendly pledges made by Coldplay for their current tour, see their website here: https://sustainability.coldplay.com/

- Coldplay want to reduce pollution yet Brent Council are encouraging people to drive to Wembley and park in one of our vital green spaces - this is despite Brent Council themselves declaring a climate emergency???

The parking in Fryent Park also ruins the enjoyment of the park for other people during this hot weather.

If also endangers the park because it is so dry from lack of rain - how many of these drivers or passengers might discard a cigarette butt or glass bottle which might start a grass fire?

The event field must be dark by the time the concerts finish. Who provides the lighting and security to ensure that people who've paid to use this car park are kept safe?

Are Brent Council that short of cash? or just run by stupid idiots? Surely Brent can't stoop so low after all the monies generated by NCIL from the new builds. Let's not be fooled, Brent Councillors couldn't care less about climate change or being green, they just out for their own personal gain.