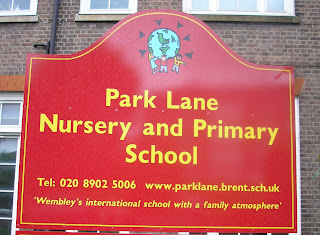 I was shocked by the lack of a School Crossing Patrol (lollipop man/woman) when I started work at Park Lane Primary in Wembley in 1996.  Park Lane is an extremely busy route and the school is situated on a sharp bend. Several bus routes use Park Lane and it is a short-cut to Wembley Park from the High Road.Before it was re-named Park Lane the road was called Blind Lane in recognition of the fact that it was hard to see oncoming traffic.  A short, vigorous campaign resulted in the employment of a crossing patrol and there were no accidents thereafter.  Last year a special school assembly said farewell to Tracey who had kept children safe for many years and she was showered with cards, gifts and poems. The children knew how important her job was.


I now hear from parents at the school that her successor may be cut. I can't emphasise enough how this will put children in danger. A better example of the need to protect the most vulnerable from cuts couldn't be found.