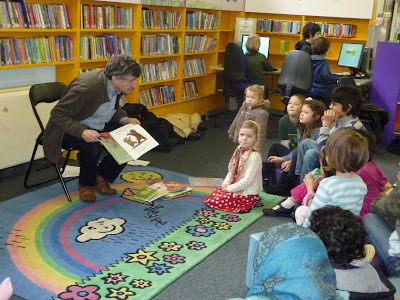 Jeremy Hunt MP, the Secretary of State for Culture, Media, Olympics and Sport, is due to rule in September on whether Brent's library changes (including the closure of half the libraries) will comprehensively and efficiently meet local needs. Hunt has special powers to order a public inquiry into the planned closures if he is so minded. This is a separate procedure from the judicial review case where the decision is due to be announced when the courts resume in early October.

Anyone who wants to make representations to the Secretary of State to persuade him to order a public inquiry should write to him at:

Rt Hon Jeremy Hunt MP
Secretary of State for Culture, Olympics, Media and Sport
Department for Culture Media and Sport
2-4 Cockspur Street
London SW1 5DH
or e-mail Dempster.Marples@Culture.gsi.gov.uk
These are some of the issues that you might want to address:

Whether the Council has failed to make a proper assessment of local needs in respect of its Library Services.
Whether there are specific needs for adults that will not be addressed if the plans go ahead, including the specific requirements for older people, disabled people, unemployed people, and those living in deprived areas.
Whether the proposed cuts will hit some groups of people in Brent harder than others and, if so, who they are.
Whether the Council has had proper regard to the needs of the borough’s children generally, and those from particular backgrounds.
Whether the libraries that are linked with particular schools and/or children’s centres ought to be closed and if not, why not.
Whether the distances the Council expects people to travel to alternative services are too great generally, and whether particular groups of people face particular barriers to travelling.
Whether the Council had a clear understanding of the extent and range of services currently being provided in the libraries, including those which are ‘core’ to the service and those which are ancillary, when it decided to make the cuts.
Whether the reduced service would adequately meet the particular needs of deprived communities.
Whether there is a lack of logic around why some libraries were recommended for closure and not others.