Brooms and Lollipops Protest in Kilburn

Brent Fightback are to hold a protest in Kilburn Square, Kilburn High Road from 11am on Saturday. 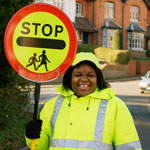 The street sweeping cuts will mean that outlying residential streets will be swept just once a week instead of the three times they were swept under the previous administration.  All street sweeping in the borough will end at 2pm on Saturday and Sunday. Council officers said the event days at Wembley Stadium, when local streets are often scattered with beer cans and takeaway cartons, will come under a different budget but details have not been made clear.

The additional seasonal leaf clearance service will also end. Officers said leaves will be cleared in the normal scheduled sweep but as that it only once a week it is unclear whether workers will be able to keep on top of the job. Previously leaves were bagged and sent for composting and again it is unclear whether that will still be done. If it isn't Brent green credential will take a battering.

Concerns have been raised by residents about street safety if rotting leaves are left on pavements and become wet and icy in the autumn months.  Safety concerns have also been expressed about the safety of school children if school crossing patrol cuts go ahead. Both groups of workers suffer from low pay but are vital to the well-being of the community.

Brent Fightback welcomes any support. Please bring brooms and home-made lollipops, plus placards to Kilburn Square at 11am on Saturday.