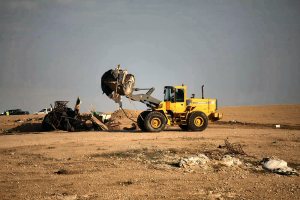 Salim Shawamreh will be speaking at the Harrow Mosque (Mahfil Ali) North Harrow Assembly Hall, Station Road, Harrow at 8pm on Friday September 9th.
Salim  will  describe the experience of his family in 1948  when they were forced off their land in the  Negev Desert and made refugees. The family moved  to the Old City in Jerusalem, where Salim was  born, but then in 1967, during the Six Day War,  they were made refugees again when they were  moved to the Shufat Refugee Camp.   Salim trained as an  engineer and saved money to build a home for his  family. Despite many attempts to get a building  permit, one was never granted, which is usually  the case for Palestinians. Finally desperate to  house his family, Salim proceeded to build a  home but it was demolished by Israeli  authorities. To date this has happened four  times and each time the Israeli Committee  Against House Demolitions (ICAHD) has rebuilt  their house. A fifth demolition order is on  their house.
Salim will be  travelling with a new photographic exhibition  prepared by ICAHD UK and entitled, ‘Dreams of  Home’.
Posted by Martin Francis at 17:54:00