The Conservatives held their seat in the Kenton by-election which was mired in controversy following a scurrilous Labour leaflet about the Tory candidate for which they had to apologise.

The Liberal Democrats did little campaigning in the by-election and came fourth after Michaela Lichten, the Green Candidate, who increased the Green share of the vote. 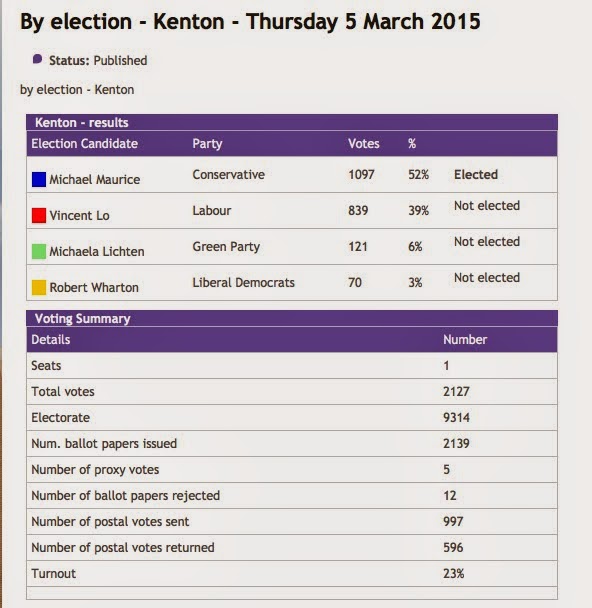