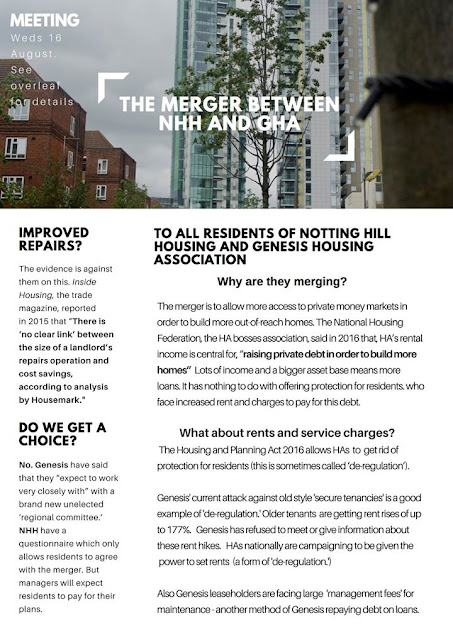 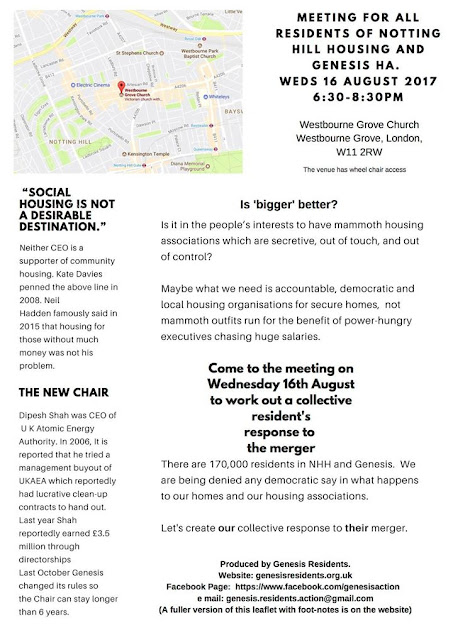 MEETING FOR ALL RESIDENTS OF NOTTING HILL HOUSING AND GENESIS HA.
All residents very welcome - tenants, shared owners and leaseholders.

What are the real reasons for the proposed merger of Notting Hill Housing and Genesis Housing Association? Why are the 170,000 NHH and Genesis residents worried.  Genesis Residents explain:
HERE