I was unable to attend Saturday's consultation on the Copland School and Ujima House redevelopments as i was at the Green Party Conference but I expect attendance was not great because of the Wembley Stadium Event on the same day.

I went along on Thursday and there seemed to be better attendance from Brent councillors and the developer's PR team than the general public.

This video, taken from the upper floors of Ujima House, shows the current state of the Copland School site with demolition almost complete and demonstrates the size of the site. The new building of Ark Elvin Academy (successor to Copland) can be seen behind the site. The enormous black cube is the Ark Elvin Sports Hall.

This video shows the buildings on the Wembley High Road between Park Lane and Wembley Triangle. On the left of the screen is the Twin Towers building that is currently under construction and behind them to the right are Hub's planned two new tower blocks beside the railway line. At the centre on the other side of the road is the building on the Copland site which is much closer to the road that the schoolwas. Copland had some green space there and mature trees. Neither are shown on the model which was a matter of concern for residents on Thursday. There appeared to be space for a few saplings.

The building replacing Copland has some internal open space which developers said the public could access and the two new towers behind Chesterfield House have a green walk. The impression is given of many trees but these will clearly take a long time to grow into anything substantial. 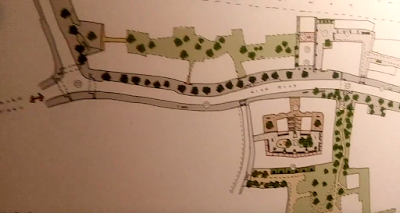 As this is a Brent Council development I asked about the amount of truly affordable housing in the development (ie London Living Rent rather than 80% of market rent) but was told this was still to be decided - things are at an early stage.

I would welcome comments from those who went to the consultation and those who didn't about these proposals and so will the developers:


These are the exhibition boards. Click on bottom right corner to enlarge to full size.

On the subject of the (2nd) demolition of Copland school, could anyone with the information apprise me of the 2018 Ark Elvin (is it still called that?) GCSE exam results in a form which makes clear the undoubted progress and improvement since academisation?

https://www.bbc.co.uk/news/education-42366024 check out this link Mike it might help

Have a look at this and see if it proves anything: https://www.compare-school-performance.service.gov.uk/school/141019/ark-elvin-academy