Willesden Green 'Foxy Mystery' solved as Yana, the guide dog, is reunited with her toys 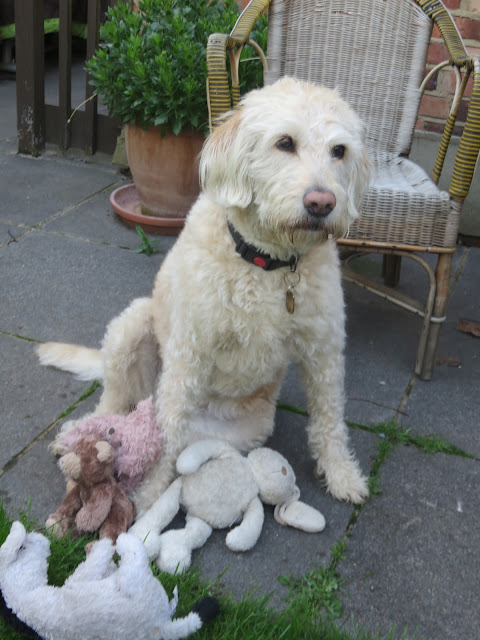 Just a month after Wembley Matters LINK reported on the Foxy Mystery of Willesden the puzzle has been solved - by a chance chat between neighbours. Nicole Davy of Chandos Road was chatting with a neighbour from Cranhurst Road who began to tell her about the foxes that had been leaving soft toys in her garden, apparently as presents in exchange for feeding them. The gardens of the two roads back on to each other. 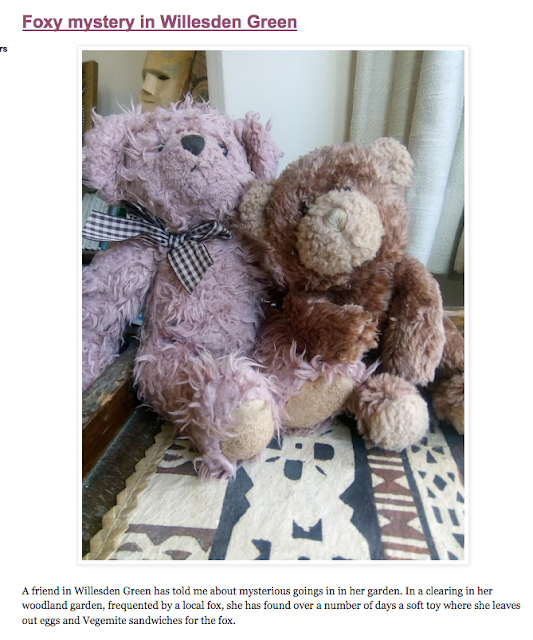 After hearing about two teddies and a rabbit, the penny dropped when the final present of Eeyore was mentioned.

'They're Yanna's toys! They've been missing for weeks.'

After establishing that Yana was a dog, and a very special one, and not a tearful toddler,  Liz told Nicole the whole story and they pieced events together.

While Nicole, who has been blind since the age of 19,  was away on a week's holiday the foxes nabbed the soft toys that had been left out on the lawn and presented them, one by one, over several days, to their friend Liz.

Yana, a labrapoodle, is Nicole's guide dog and usually chases the foxes out of her garden. She has never had puppies and enjoys licking and cuddling the toys.

The toys were advertised as 'Found' on street posters as well as on Wembley Matters but the real owner came as quite a surprise.

Despite the toys having been washed in detergent to remove the foxy smell, Nicole described Yanna's excitement when she was reunited with them and accepted them immediately.


'I took Floppy out of the bag and she leapt on it in excitement and rushed into the front room, jumping around and playing with it. When she came back and I gave her another, and then another, she was beside herself with excitement.

I had searched the house and garden when I returned from holiday and they just couldn't be found. I was going to buy replacements from a charity shop but then I bumped into Liz and here we are - I have a very happy dog.

Yana is very serious when she is in harness and doing her job, I sometimes tell her to relax, but out of the harness she is really playful and these toys clearly mean a lot to her.'