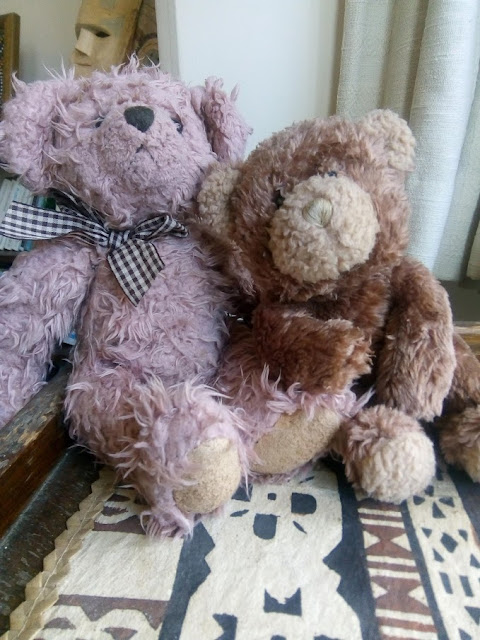 A friend in Willesden Green has told me about mysterious goings in in her garden. In a clearing in her woodland garden, frequented by a local fox, she has found over a number of days a soft toy where she leaves out eggs and Vegemite sandwiches for the fox. 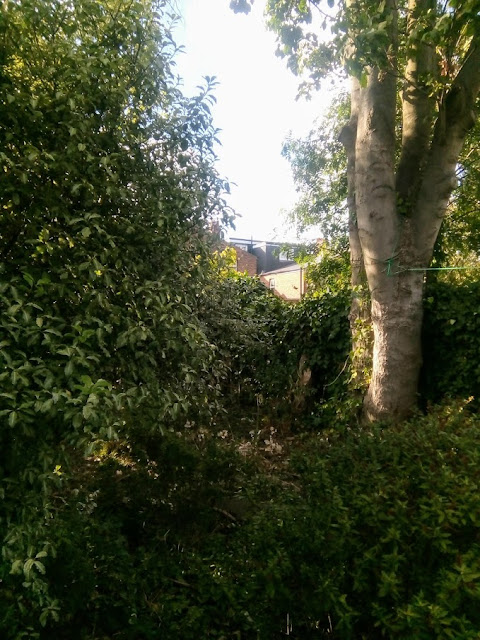 When she told me that a toy rabbit had been left I said, 'You watch, it will be Eeyore next.' It was.

The soft toys have that distinct smell of fox and when I visited today Eeyore and Rabbit had been washed and were hanging out to dry on a very blustery day. 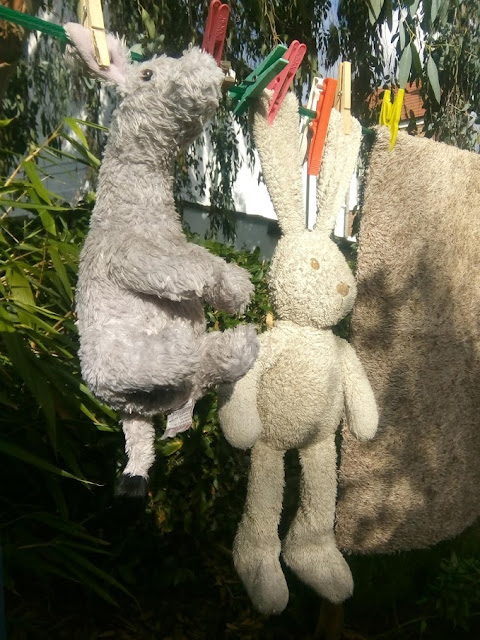 I am hoping that a grateful fox won't be dragging Christopher Robin into the garden next.

Speaking exclusively to Wembley Matters the recipient of the foxy gifts said:


I think this is the fox's way of saying 'thank you' for the food and leaving me with a gift in exchange. Rather than mangling the soft toys it is obviously holding them very gently in its jaws as there is little damage. The arm of one of the bears has been torn a little but that may have already been done so, apart from the smell, they are fine.

It may be that a lonely fox has been taking them from a child's garden as companions although it does seem to get on well with the local cats.

There may be a child in the neighbourhood who is sad and missing her much loved soft toys. Now that they have been washed, they are ready to be returned to their owner and I hope his or her parents will see this story and get in touch with Martin.

If you think that the toys belong to your child please get in touch with me at martinrfrancis@virginmedia.com with a note giving some clue of a name etc on the label of one of the toys.