Brent will have two main constituencies under the Boundary Commission proposals. Residents in some wards will be in a minority with an MP mainly representing people in a neighbouring borough. It is noteworthy that in some ways the boundaries divide Brent into the old Willesden and Wembley council areas which preceeded the unified borough.

Wembley's dominance of the borough would be reinforced as it is the only constituency which only consists of Brent wards. A consultation is currently in progress to reduce the number of wards by two.

Brent will disappear as a constituency name.

Given the present narrow parliamentary majority of the Tories and the DUP's unhappiness at the proposals for their region it appears by no means certain that parliament will approve the proposals. 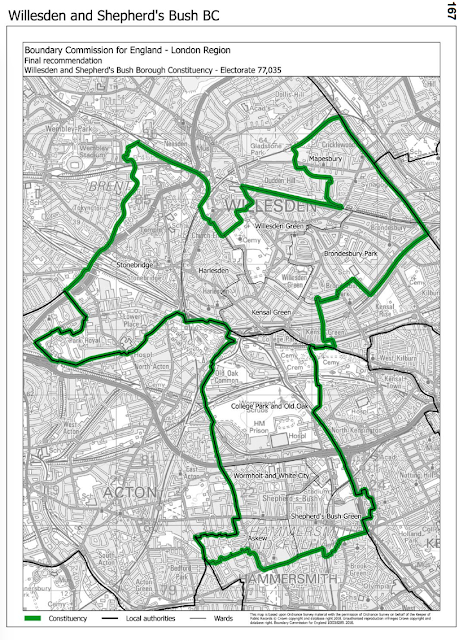 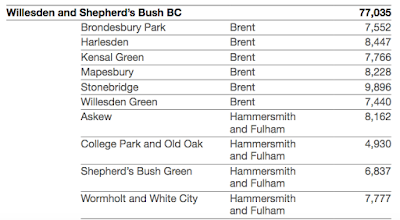 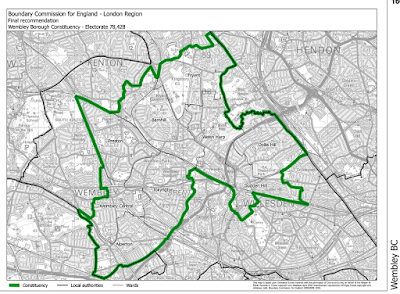 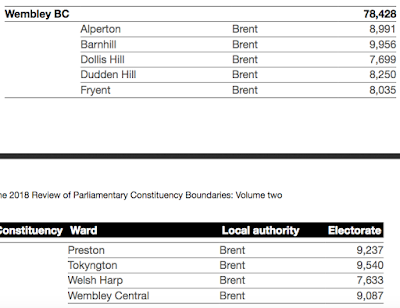 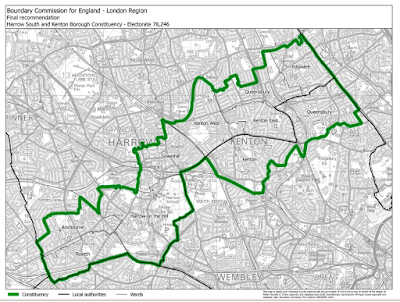 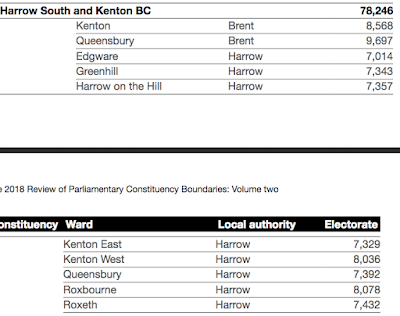 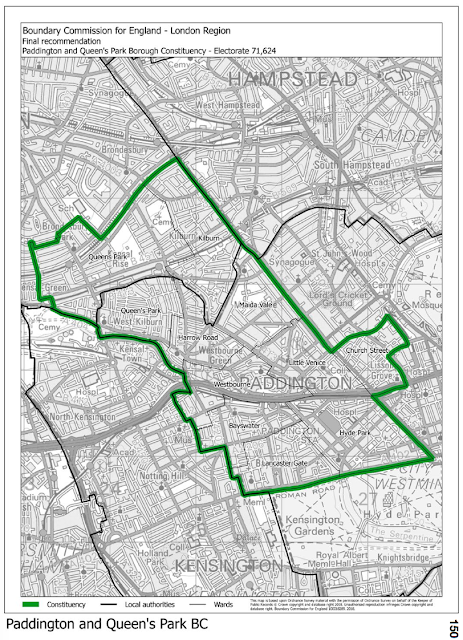 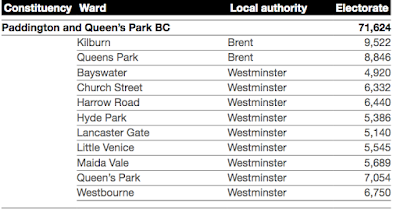 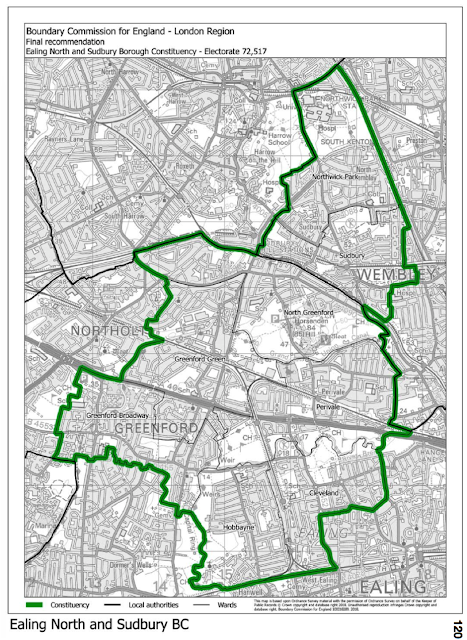 I suppose that some change is inevitable, but it is sad to see the links between local council areas and the MP's who represent the people of those areas being broken with each successive round of boundary changes.

Sixty years ago, the two boroughs which were later to be merged as the London Borough of Brent each had two members, representing Wembley North, Wembley South, Willesden East and Willesden West.

The new London Borough from 1965 had three MP's, with their seats as Brent East, North and South.

A more recent change saw Brent down to two-and-a-half MP's, with part of Brent East disappearing into the Hampstead and Kilburn constituency, leaving only Brent Central and Brent North carrying the borough's name.

Of these latest proposals are adopted, as Martin has pointed out, there will be no constituencies carrying the Brent name, and only one, Wembley, made up of wards solely within our borough.

Other parts of Brent will be linked with wards in Ealing, Harrow, Hammersmith & Fulham, and Westminster Council areas, with Brent residents having the minority voice in all but one of these (Willesden and Shepherd's Bush).

It will take some getting used to, and I hope that local democracy does not suffer further as a result of these changes, if they go ahead.

Willesden and Shepherds Bush seems ideal for the Greens!!!