Fire the Kiln! Demonstration outside the theatre Monday evening 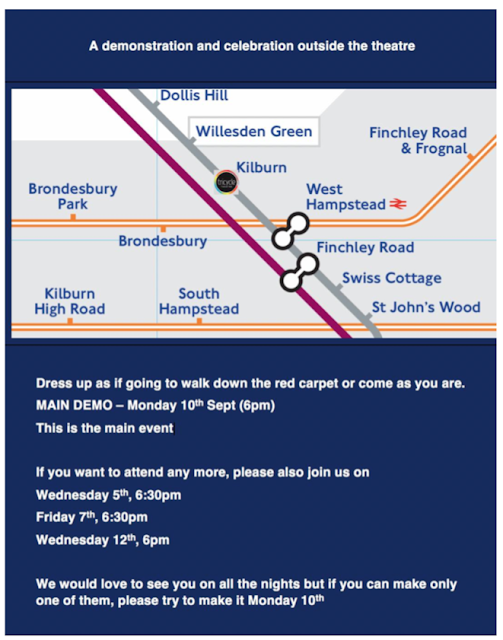 Campaigner fighting to retain the name of the Tricycle Theatre are demonstrating outside the theatre, now renamed The Kiln, next week. 269 Kilburn High Road, London, UK.


The main demonstration is on Monday at 6pm when supporters have been asked to 'dress up as if going to walk down the red carpet or come as you are'.

There are is a further protest on Wednesday September 12th at 6pm.

When the [management]  banned the local paper [Camden New Journal] from Press Night for reporting local opposition to the name change, it was just the latest example of their sour culture…
1. Donors gave money to the Tricycle without being told it was for Kiln.
2. The theatre misled the public about support for the name change, later admitting they did not properly consult.
3. The leader of Brent Council kept the name-change plans secret for months, even from his own Councillors.
Please come out for an hour, and bring your friends.  Help us restore the Tricycle’s name, culture and connection with the community.