Brent Cabinet tonight approved the Scrutiny's recommendations on the Carlton-Granville development with just one amendment. Cabinet agreed to alter 'ensure' to 'explore' in point 'a' about the provision of 3 or 4 bedroomed houses: 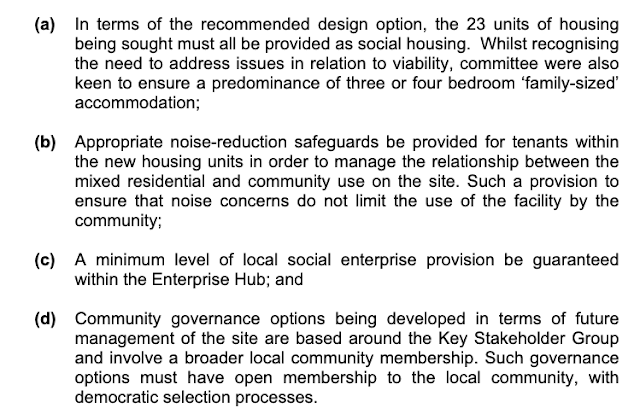 A series of speakers made the community's case for more community space in the development with the proposed housing built elsewhere. This would maximise the available space when tenants' halls have been closed and the population of the estate is increasing as the result of regeneration.

Their contributions were politely acknowledged but the new housing build on the site will go ahead and community space not increased.  Noise reduction will be addressed at the planning stage but local people are fearful that accommodating homes and a late night community venue on the site will lead to conflict.  There is likely to be some broadening of the Key Stakeholders Group but whether that will satisfy the community remains to be seen.

Matt Kelcher, chair of Resources and Public Realm Scrutiny Committee was unable to attend Cabinet and no one else from the Committee came forward to replace him - so the voice of Scrutiny was missing apart from the written report.

This is a video of community representations made at the Cabinet meeting:


Reaction this morning from the South Kilburn Trust which was criticised last night for being undemocratic and representing the Council rather than the community: 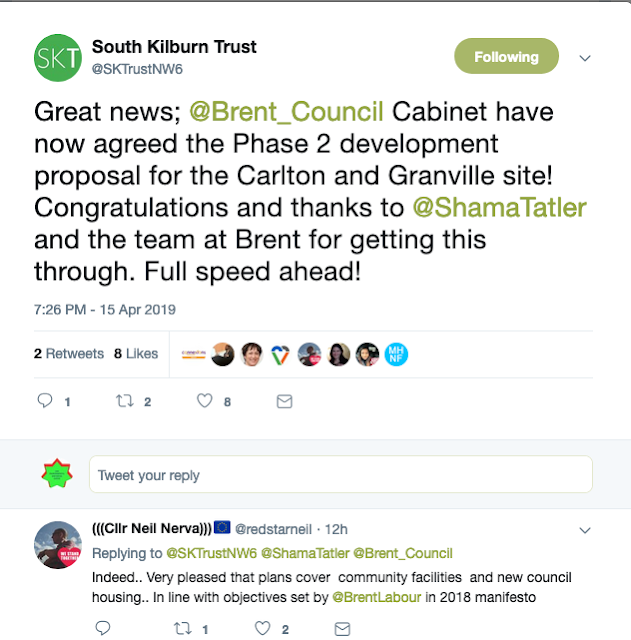 The triumphalism of South Kilburn Trust, ignoring the reservations put on the project by Scrutiny Committee and endorsed by Cabinet, gives an indication of how serious SKT were in their comments at scrutiny about moves to involve the wider community.