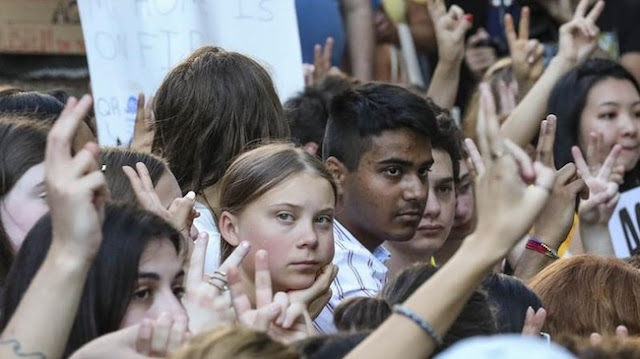 A new Climate Assembly will be convened to channel residents’ voices, views and ideas as Brent responds to the climate emergency. 50 residents will be recruited by independent experts to reflect a cross-section of the population in Brent. Young people have spearheaded the climate emergency movement, so 16 and 17 year olds will also be included in the Climate Assembly.

Brent’s Climate Assembly will take part in a series of workshops through November and December. During these sessions, they will discuss exciting and innovative ideas for tackling the climate crisis at a local level. At the end of the process, they will make recommendations to the council which will be considered by Cabinet in the new year.

The process will be run by Traverse, an independent research and engagement consultancy. They will use random selection methods to recruit the Assembly members and make sure that the group reflects the diverse make-up of the borough.

Brent Youth Parliament will also be holding their own event on 26 October to discuss action that can be taken at a local level to tackle the climate emergency. Their recommendations will be fed into the process.

While residents won’t be able to volunteer to take part in the Assembly, their voices will also be heard. A new website will act as a hub for members of the community or local organisations wanting to share their own ideas for reducing Brent’s carbon emissions. These contributions will then be presented to the Assembly to reflect on and consider.


Global heating is predicted to have devastating consequences for all of us. That’s why it’s crucial that we create spaces for the voices of residents to be heard as we try to find solutions to this crisis. Now is the time to be bold. So I’m delighted to announce this Citizens Assembly and I’m especially pleased that young people will have the opportunity to share their ideas and suggestions.


We at Traverse believe that the best policy is made together with the people it affects, so we’re delighted to be working with Brent Council in this pioneering action to hear from citizens how they want to address the climate emergency.

In July, the Council joined more than 200 other local authorities in declaring a Climate Emergency and pledged to do all in its gift to strive for carbon neutrality by 2030.

The local authority has spearheaded numerous green initiatives in recent years. These include introducing a diesel levy on parking permits to incentivise greener transport, creating a seven-mile bee corridor to boost biodiversity, and helping businesses to think about their impact through the Plastic Free Wembley initiative. Brent’s Civic Centre has been recognised as one of the greenest public buildings in the UK.

Have your say on the Brent Climate Assembly website.

All agencies in the UK need to be pro-active in engaging with the Climate Crisis - and this includes every member of our population, as well as all levels of government, businesses, institutions, political parties, communities etc. A prime way for individuals to engage with this existential issue is for them to become fully aware of their personal carbon foot-print so that they can make the decisions on how to best reduce this and to judge how best the other "players" engaged with this crisis can help them to reduce their individual carbon foot-print.
In order to pursue this goal of everybody becoming aware of their personal carbon foot-print a concerted effort needs to be made by a 'phalanx' of public bodies, including national and local government, to facilitate helping with this personal awareness, including teach-ins and community action.