If you don’t live in Kingsbury, or visit Kingsbury Road, you may not know that for the past 18 months the Council has been carrying out “town centre improvements” there (funded mainly by the GLA). These include new paving, new trees, new cycle lanes on both sides of the road and extra cycle parking stands for the station and shopping centre.

As part of the consultation exercise for the improvements, I suggested that local history panels (which I offered to design, free of charge) could be provided as part of the new seating areas. I received no response to this suggestion, until I mentioned it, several months later, to one of my ward councillors. Then, as if by magic, it was welcomed as a good idea.
Earlier this month, after a lot of input and “chasing” on my part since the summer of 2018, four illustrated panels, telling “The Kingsbury Road Story” were fitted to bench seats along the north side of the road. This document tells you where you can find them, and gives a taste of what you will discover on each panel.

Does Kingsbury Road have much of a story? After all, it is just a suburban local shopping centre, isn’t it?

Well, most of the buildings you see there today appeared in the 1930’s, and there are interesting stories behind some of them, but the history of this thoroughfare goes back a lot further to Kingsbury’s Saxon origins. Its name means “a place belonging to the King”, and was first recorded in the reign of King Eadwig. (Never heard of him? He was only King from AD955 to 959!)

You can see Kingsbury Road on an extract from a map drawn in 1597, shortly after a wealthy local farmer, John Lyon (founder of Harrow School), gave money to provide £2 a year for the upkeep of the road – labour (at tuppence a day) was cheaper then. Putting gravel on the surface during the summer was meant to stop the road from becoming too muddy during the wetter winter months, and the same method was still being used by the local Council in 1910, when this photograph (by a farm near today’s Kingsbury Station) was taken. 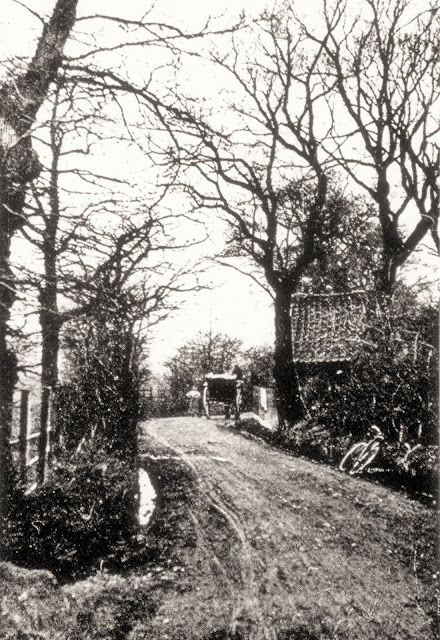 The local history panels bring the story of Kingsbury Road right up to the rich cultural mix of shops you will find in Kingsbury Road today. The heritage trail they provide will hopefully guide visitors along the road, from the Kingsbury Station bus stop to the library (closed for refurbishment from 11 November to 15 December inclusive), which will be one of the venues for the LBOC 2020 “Museum of All Brent Life”. 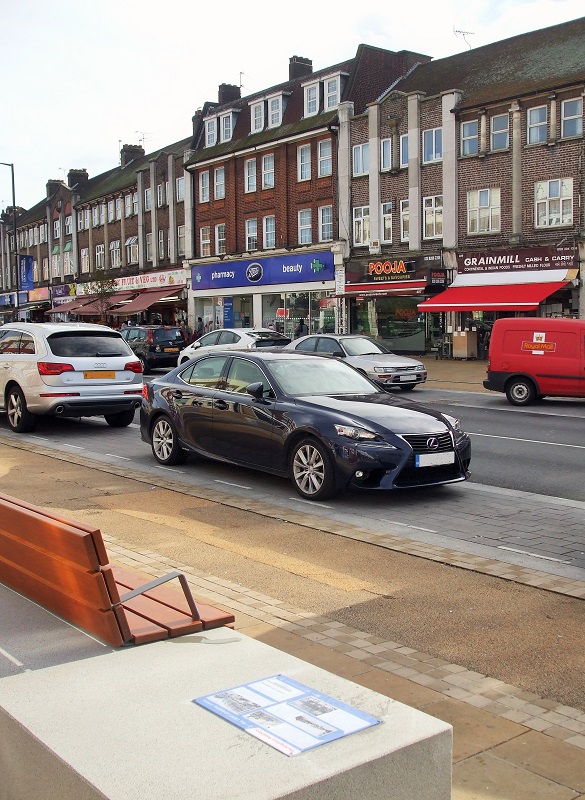 I hope that readers will enjoy “The Kingsbury Road Story”. If so, perhaps they can suggest other locations in Brent where similar history panels might be appreciated, and get their local councillors on board, to make the idea a reality.
Philip Grant.
HERE