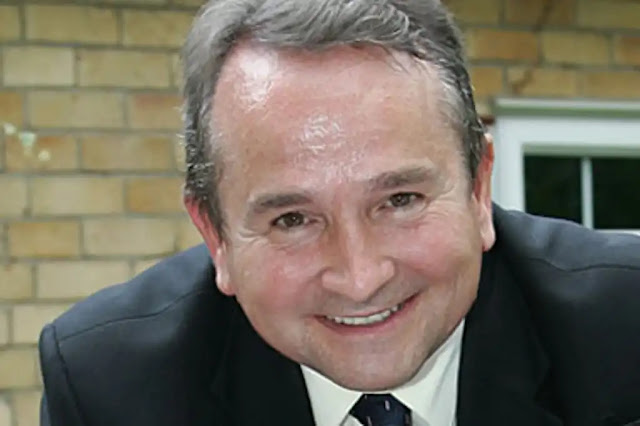 Dr Richard Evans, now teaching in Mill Hill, but previously Deputy Headteacher at Copland High School in Wembley, was awarded an OBE in the 2022 New Year Honours to add to the MBE awarded in 2003 for services to education

The OBE was for charity work during Covid.  The story in the Barnet Post LINK did not mention what Evans had been involved in before taking up his post at Mill Hill but Evans himself brought it up in an interview with Schools Week, which he may have thought would complete his rehabilitation. LINK

Evans was accused along with five others, including the Copland headteacher Sir Alan Davies, of defrauding the school  out of more that £2m and was suspended and then sacked. The case only came about because of whistleblowwing by a member of staff and union representative.

Evans was (is?) close to the Conservative Party and advised David Cameron on education, and was a former Westminster councillor. He organised fundraising dinners for the school at the House of Lords and was expected to receive a knighthood. Ironically, Alan Davies lost his knighthood as a result of the affair.

Evans, who teaches at Mill Hill County High School in Barnet, ran the 2020 London Marathon for charity having survived a heart attack the previous May. He was treated at the Royal Free Hospital, to which he had delivered food parcels for frontline staff just days before.

Evans told Schools Week that he laid the blame for that heart attack squarely at the door of his ex-employer, the London Borough of Brent, and the Metropolitan Police.

Evans was originally said to have taken £600,000 in excessive payments LINK but the Schools Week article says:

Evans, a former education adviser to David Cameron, maintains he had no idea he was being overpaid as he believed the payments, described as bonuses, had been approved by the local authority.

“The whole experience, quite bluntly, was terrifying,” he said. “When you go through something like this, you question every sinew, every bit of what you held to be important. There’s no sense of apology.”

Not to notice that amount of extra money in your pay packet is pretty amazing!  Local authorities don't award bonuses to school staff.

Evans was also a director of a company set up to put together plans for the Copland school site, Copland Village Developments Ltd. LINK Following academisation of Copland as Ark Elvin a new school building was built at the back of the Copland site and the former street frontage is being redeveloped as flats and retail outlets.

Brent Council tells Schools Week that this was money that should have been spent on the children of Copland High School, children who came from some of the most needy areas of Brent. (Ask Raheem Sterling)

In a further twist to the sorry story Keir Starmer, then  Head of the Crown Prosecution Service became involved in the High Court case. Alan Davies agreed to plead guilt to 6 of the less serious of the 8 charges , in return for the two most serious charges being dropped (that of conspiracy to defraud and money laundering).  It was agreed that charges would be dropped against the five other defendants and Sir Alan pleaded guilty to false accounting.  He was given a two year suspended sentence by Judge Deborah Taylor and charges were dropped against the others.  There is some disagreement over whether this meant they were 'cleared' of the charges.

Separately, legal aid bills in the High Court case ran to half a million pounds.

To date, Brent has recovered just £450,000 of the overpaid cash – plus a Rolex watch that used to belong to Alan Davies.

Evans said his standing in the community had been devastated. “Immediately,” he said, “my name was in the papers. People Google it. Walking down my street, the abuse I got was phenomenal.

“Councils have to learn from this. It was pointless and destructive.”

Does he mean that the allegations should not have been investigated or legal action  taken  and it would have been better not to attempt to recoup any wrongful payment?

There is more murk in the case of the valuable paintings given to the school by artist Mary Fedden. LINK

Poor Brent on many ways