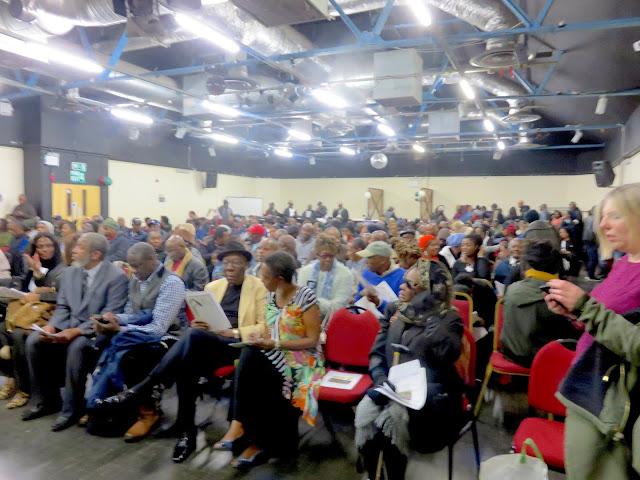 The three judges complemented Peter Crampin QC on the forcefulness of SCT's legal argument on behalf of the African and Caribbean community, but unfortunately they have judged in favour of Brent Council.Jay Mastin (SCT) said:

We have studied the Judgment and whilst we have lost this Appeal hearing, SCT feels the argument remains in Law that by the actions of how the Land was purchased in that it took several different entities to contribute and raise the purchase funds to buy the disused Bus Garage. Those monies were given for the stated purpose of the social and beneficial needs of the African and Caribbean Community. A Charitable Trust existed by act of Law regardless of whether Brent intended this or not.The three Justices appears to avoided making a clear ruling in relation to whether;

i) A Charitable Trust existed in Law

ii) Given the legal facts that the same Bridge Park complex is still in existence today; the needs of the community remain. It was argued that in Law a Charitable Trust must still exist and continue today even after the GLC's interest and the covenant was removed by Brent. No legal decision on whether a Charitable Trust still continues after one of the contributors/ settler is removed.iii) The Judgement appears to say even though there was a covenant and separate agreement on the stated purpose for the Land for the African and Caribbean community, once the land was purchased as intended Brent could then immediately do whatever they wanted with the Land eg. Use it as a Council Staff Admin building. They had no further obligation to carry their stated commitments to the Community for the land.The above leads SCT to believe that the Appeal Courts judges appear to have remained politically safe and avoided making the tough Legal Judgement that would give clarity in Law on these matters.The judges appear to have left this to the Supreme Court to make the final decision on these points of Law.SCT are considering its position in relation to the Supreme Court clarifying the legal position, on behalf of the African and Caribbean Community of Brent.

For further background to the case search for 'Bridge Park' in the search box on right of this post which willbring up many articles and also see the video.