Tokyngton residents receive no response from their neighbours, Muhammed Butt and Dawn Butler, over littering, street drinking & women's safety in their ward 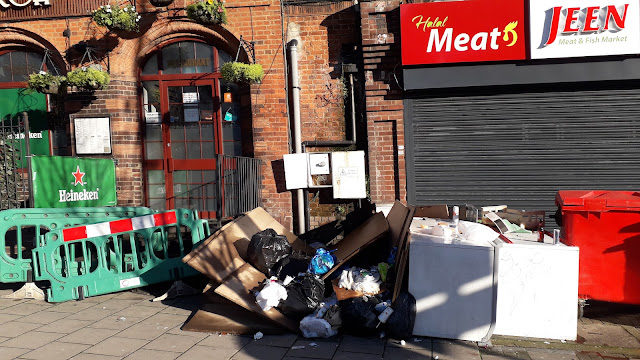 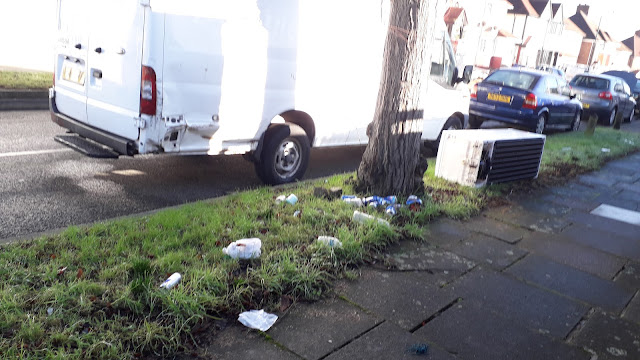 Residents of Tokyngton concerned about littering and other issues are to present a 320 petition at the next Brent Cabinet meeting on February 7th.

They have received no response to a November petition letter to Dawn Butler MP and Cllr Muhammed Butt despite them both being resident in the ward. Zack Polanski, Green Party All London Assembly Member and chair of the Assembly's Environment Committee who did respond sympathetically but has limited power on the issue as it is a borough matter.

The area affected stretches from the Kingdon Hall at Wembley Triangle,  Neeld Parade down Oakington Manor Drive, Vivian Avenue and Vivian Gardens.  The greens at the junctions of  these roads are particular hotspots.

Sadly many Tokyngton residents feel badly let down by our council representatives. We see our streets contantly strewn with empty alcohol cans, bottles and litter of every kind. Places feel unsafe especially for women and girls, with now darker nights.  In the listed areas (above) we have constant male loitering and drinking. Here we ask for more neighbourhood/community police officers and the installation of CCTV cameras.

We did not vote for unsightly blue bags stuck on trees. They blow upside down in strong wind, and are difficult and unhygenic to open. We did not vote for an unworkable no-bin policy.  Cllr Butt is placing public bins in 'flag ship areas' and ignoring us and our environment. We ask for proper public bins to be properly collected, especially on our 'hot zones'. Also better lighting in these zones.

Our area of Tokyngton is NOT cared about. WHAT ARE YOU GOING TO DO?

Regarding the comment "Cllr Butt is placing public bins in 'flag ship areas' and ignoring us and our environment."

Let's face it he and many of his fellow Labour Councillors, especially his hand selected cabinet, don't give a dam about the mess in any part of Brent. All they seems to want to do is keep building tower blocks and keeping their developer mates happy. I bet Mr Bridge Park is rubbing his hands with glee at all the money he'll be raking in.

It is impossible to say anything good about Cllr. Butt and his cronies isn't it? I'm sorry if you find that racist Cllr. Butt.

In South Kilburn Land we border Westminster which really is another London, yet its residents pay much lower council tax bills.

Beyond South Kilburn, how much of Brent is also for 'sites' mis- managed?

Windmill Court is another example of "Litter, dumping and loving neglect," generating a 'site' oppertunity.

Brent Council need to have a Zero Tolerance Policy, and much more rigorous enforcement/prosecution for offenders, like our neighbouring boroughs i.e Westminster and Kensington and Chelsea.

Just passed this site today and all rubbish is still in situ.

Apparently Brent Council removed litter bins from all Brent residential streets to save just £53,000 per year which works out 20p per Brent resident per year - surely not a cost effective decision?

Have you seen the state of the litter bins in Wembley High Road and Ealing Road? Believe these were installed with sponsorship money from Spurs when they played at Wembley Stadium yet there is unsightly paan spat all over them and they clearly haven't been cleaned for months. Most people with rubbish to dispose of wouldn't want go near these bins. What do we pay our council tax for? There should gave been extra cleaning during the pandemic to protect residents but most importantly to protect the Veolia staff who have to empty these unhygienic bins. What example does this antisocial paan spitting and the lack of cleaning set to young people?

So good to have found this forum. With the lack of indepth coverage in our local paper, this blog is so needed. So thankyou. The Tokygnton problem also relates to St.Michaels Ave.,and Tudor Courts North and South. The rubbish is horrendous. The few streetcleaners work very hard but there are too few and not often enough. We need more neighbourhood police officers and tougher enforcement on street drinking. A blitz on local schools to encourage children not to drop litter. Also what can be done about the rubbish chucked out of cars?

So good to have found this forum. It is so needed due to the lack of coverage in our local newspaper So thank you. The Tokyngton rubbish problem also covers St.Michaels Avenue and Tudor Courts North and South. People are very upset. Our street cleaners work very hard but they are too few and not often enough. More neighborhood police and enforcement are needed. A blitz on local schools to discourage children from littering. Clampdowns on street drinking and anti-social behaviour. And what can we do about people chucking rubbish out of their cars? Since the blog was posted Cllr Butt has arranged to meet residents.