An article in yesterday's Guardian set alarm bells ringing for people in Brent who are buying or renting some of the new developments that have communal heating. 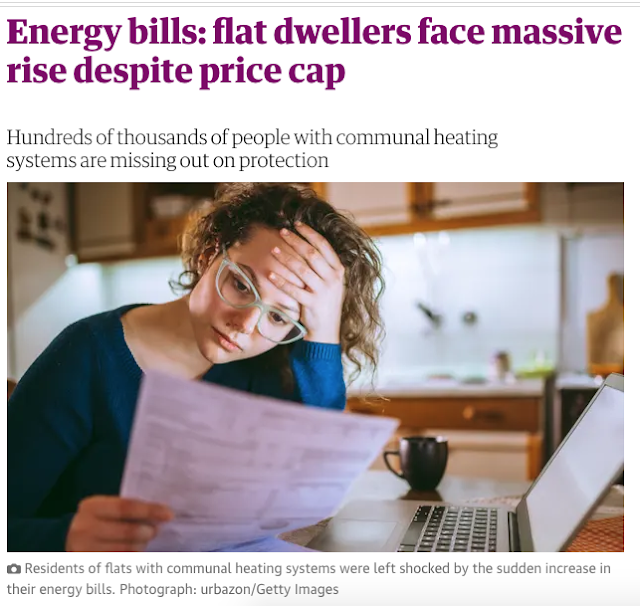 While households with conventional heating systems have been told they could face 50%-plus increases to gas and electricity bills when the cap is increased on 1 April, people who bought or rent apartments in one of the 17,000 blocks in the UK that rely on communal heating and hot water systems are facing fourfold increases as suppliers pass on the huge wholesale price increases unchecked.

It is thought that up to 500,000 people live in developments where at least some of the heating or hot water is provided by a centrally controlled system, usually administered by the company that manages the estate.

Apartments in these developments are all supplied by a single energy supplier, and because this is classified as a commercial deal rather than domestic supply, the residents have not had bills protected by Ofgem’s price cap.

The article gives the example of a Manchester owner of a two bedroomed flat whose energy bill went up from £80 in November to £260 in December.

Individual occupiers cannot change their energy supplier so will be reliant on the managers of the developments to negotiate a deal. Systems designed to reduce carbon and lower bills may unfortunately prove to be an additional burden to people already facing high service charges and in some cases costs for cladding removal, building defects remediation and fire watches.

The Agenda for a June 2021 meeting of residents in George House, South Kilburn, gives a flavour of the range of issues facing residents at an L&Q development LINK:

Some of the heating issues may have been resolved see HERE

Wembley Matters would be interested in hearing from residents in the South Kilburn, Wembley Park and Alperton regeneration areas who have communal heating  systems if they have been impacted by higher energy costs.