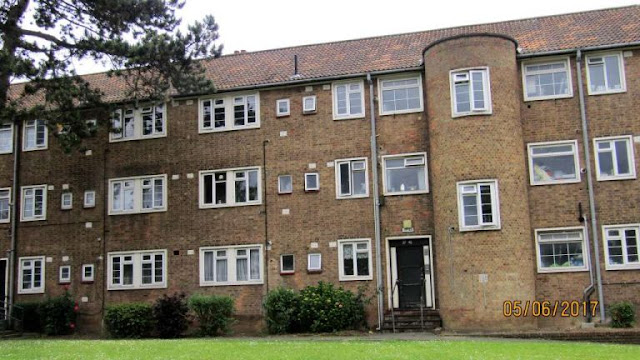 The residents of Newland Court and Grendon Gardens have written to the editor of the Brent and Kilburn Times asking him report on their concerns over Brent Council's infill proposals:

I am sure you are aware of Brent Council's 'infill' programme to build as many properties as possible in existing estates within Brent at any cost, even the mental health and wellbeing of all the residents that these 'infill' proposals will affect. I would like to invite you or one of your newspapers' representatives to come to our estate and see for yourself why building 7 new townhouses at Newland Court just doesn't make sense on so many grounds including the fact that Brent Council are prepared to ignore their own Brent Council's Planning Guidance and go ahead with this proposal. This proposal also affects residents of Grendon Gardens whose gardens back onto the proposed site and whose trees will all either be damaged or destroyed and are all sited in a conservation area of Barnhill.

We are all aware that there is a housing shortage especially for 3-4 bedroom family homes and that some families wait an average of 15 years. After all, I was one of them but this housing shortage has been a problem for over 40 years and Brent have been aware of this and have done nothing.  Suddenly because of pressure from the government to build new social homes and the fact that they may lose a certain amount of funding if they don't by a given date, they have decided to build in almost all their existing estates at any cost. Why??? because they have sold all or most of their plots of land to private developers to build unaffordable homes that are either bought or rented by foreign investors. You only have to see what has happened around Wembley Stadium as one example.

Brent council moved their headquarters to the Civic Centre (at a cost of about £100 million but rumoured to be a lot more) from the former Brent Town Hall on Forty Avenue and sold the land which is now a private French School. That land could have been used to create 100's  of council homes. There are numerous little plots of open spaced land scattered across Brent that could be used for homes. There are lots of derelict homes that Brent could gain purchasing orders for and of course the former Unisys building on the corner of Harrow Road and the North Circular that has stood empty for 25 years in wasted legal disputes. Below is a link to Wembley Matters with a letter I wrote to Councillor Promise Knight and a few other Labour Councillors including MP Barry Gardiner regarding this issue.

So I hope you can write an article in your newspaper highlighting our issues and concerns regarding this matter.

On behalf of residents of Newland Court and Grendon Gardens.

Well put Marc. We all know homes need to be built, but how they are doing it is simply ridiculous and will negatively impact current residents, along with any new ones which then have to move in. They’d have a tiny house, no through air on top floors as the back can’t have windows to avoid overlooking Grendon Gardens (which is a big issue in our ever increasing hot climate) and they’re also stuck with the lack of local resources such as GPs. This is literally just a ‘there’s a spot’ approach. Short sighted, as always. Any of the options you mention would be far more effective as a means of tackling the housing crisis.

Marc thank you do much for raising the concerns of Newland Court and Grendon Gardens ... You have hit the nail on the head with your letter above . We need some support and we do need to come together to raise our concerns as existing residents . I do hope that Kilburn Times visit the site and voice our viewpoints and the impact these infill developments will have on local residents. I am sure we stand United whether in social housing or private because we will all be affected. I know many residents who are seriously worrying about this already because they
feel they are being ignored.

We do not oppose Brent Council building new homes but not at the cost of existing residents wellbeing. Brent Council cannot be trusted as they merely go along and try to play on the residents emotions by saying the council desperately needs more social housing. Rightly so, as Marc has pointed out this has been the case forever as I myself waited 8 years for a 2 bed flat in temporary accomodation having moved around Brent 3 times in the 10 years whilst I was in temporary accomodation with a young child.

I for one think the way Brent Council have handled this shortage of housing and the infill developments in Brent is outrageous and we will not go away if you ignore us . We need to have complete faith and trust in your plans and we simply do not .

As stated the concerns formalised by various tenants like Marc aswell as many local residents who have been able to express their views through such a wonderful platform like " Wembley Matters" really helps in raising concerns in our community .

Well Done Marc. Hope you all succeeded in your endeavour to stop Brent!

Brent councillors know what's best for the residents, so stop moaning or Towerblock Tatler will be sarcastic towards you and Hubris Butt will shout at you and look at you aggressively. As for the rest of the dead legs ...........

Brent Council will be building 250 "New Council Homes" on the former Copland School site at Cecil Avenue in Wembley.

They've had full planning permission for this scheme since February 2021, although it will probably be early 2023 before work begins (so much for the 'urgent need' for new homes they talk about).

And guess what? 152 of these new homes at Cecil Avenue, on land Brent Council already owns, including 14 x 3-bedroom and 6 x 4-bedroom, will be for Brent's "developer partner" to sell privately, for profit.

So that's why they need to squeeze 7 new homes on the Newland Court estate, and other such Council "infill" schemes. But does that make sense?

Answers by email to: Leader@brent.gov.uk , with copies to your Ward councillors!

Oh....Cllr. Shama (wanna be Mayor) Tatler has finally spoken....yet she never appears at meetings, is always late at her ward meetings and never responded to Philip Grant’s question....

Do you want the citizens of our borough to see the hypocrisy that the Council’s current proposals display? Perhaps ask yourself the question which I put to Cllr. Tatler:

‘What justification will you give for these plans, when asked by families who’ll have to wait much longer for a decent home, and existing residents who’ll lose the green spaces on their estates?’

But under the proposals for Cecil Avenue, approved by Cabinet on 16 August, and for which Cllr. Tatler is the Lead Member, only 37 of the 250 homes will be for London Affordable Rent, and none will be for Social Rent (which the Brent Poverty Commission Report in 2020 said should be the Council’s priority for genuinely affordable homes).

You haven’t got a clue what’s best for Brent residents....after all, most of the time your left hand doesn’t know what your right hand is doing...so shhuuuuuuush....and get back into your ward box.

What makes you think that the Kilburn Times want to report fairly on these issues? They reported on the new 125 homes at Watling Gardens and failed to mention Windmill Court which went to planning committee on the same night and had fire access safety issues.
All of these are being pushed through under the banner of new Council Homes but are they? Where they’ve said affordable rent (not affordable to Brent residents) they have been called out as per the article on Wembley Matters when a number of the homes at Watling Gardens are to be sold under shared ownership.
More often they stick to the term Affordable Homes as this includes Shared Ownership as well as Affordable Rent. This gets the votes from Councillors when they are not Social Rent Council Homes.
Who are they helping when they are ghettoising their existing estates with two tier housing. The good people of Brent will lose out and suffer for generations to come.

Who are they kidding with the New Council Homes banner? The Councillors who vote it through? The residents who feel misled and misrepresented? The media like the Kilburn Times who just report on parts of it?

Thank goodness for Wembley Matters on picking up on the issues. Holding them to account for selling some of the proposed properties at Watling Gardens. Maybe we should ask them to clarify for every infill development site in the borough exactly what they are doing and how many will be sold?

Doubt whether Shama Tatler wants 2B mayor of Brent - no power. Mayor of London perhaps?