All quiet at the Ealing Road Mandir earlier today 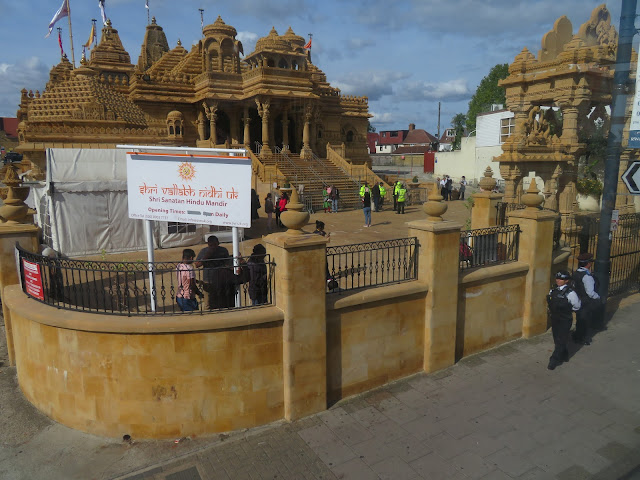 The Mandir and its compound 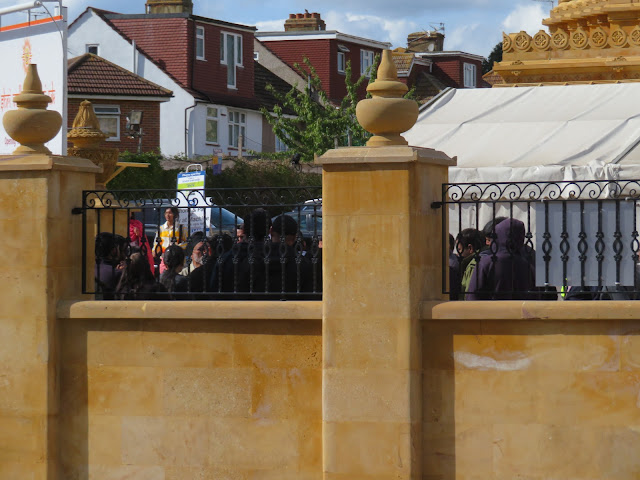 Police at the entrance

I visited the Mandir in Ealing Road when social media had said a demonstration was due to take place. All was quiet and although there were many people in the compound at first, they dispersed when no demonstrators turned up.

Police told me that they were there to reassure the temple worshippers. Some stayed near the entrance and others patrolled nearby parts of Ealing Road.

Across the road a minister and some of the congregation from the church that is opposire the Mandir were keeping a sympathetic eye on events. A local stopped to ask me what was going on and he firmly rejected divisive religious politics, pointing to all the different places of worship for different religions on Ealing Road. He added that what was going on in India should not be imported into Wembley.

I left at 1pm and I hope that things remained peaceful.

I visited the Temple in Ealing Road this afternoon and spoke to the Police and the Chairman of the Temple. All was calm. Ealing Road was busy as usual with shoppers and visitors.
There were extra Police around and no demonstration. It is clear that some idiots are trying to provoke and create tensions by posting hoax messages on social media. Local people are not stupid to be conned in this way and went about their everyday life in their normal and calm way.
We should thank the Brent Police Commander in responding in a sensible way by provide extra officers to reassure local people in the area. As Martin says the contribution from Bob Blackman is most unhelpful and probably not very accurate.