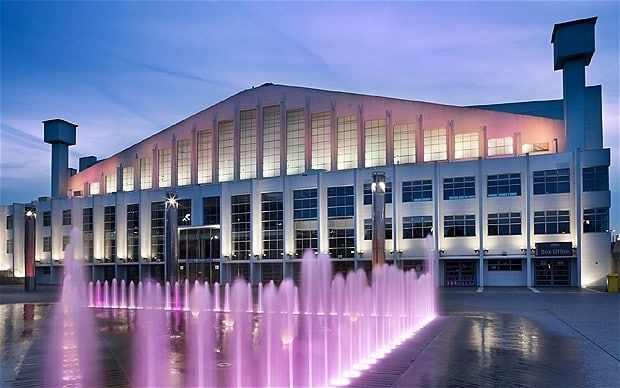 Quintain, the developer and asset manager behind Wembley Park, confirms that it has completed the sale of the OVO Arena Wembley to Intermediate Capital Group (ICG). This forms part of Quintain’s strategy to focus activities going forward on build to rent residential across development and asset management, neighbourhood retail and placemaking.

Built in 1934, the OVO Arena Wembley (formerly Wembley Arena) has played host to some of the world’s most famous artists, including David Bowie, Queen, Abba, Britney Spears and Beyonce. It is the venue where artists love to stand on stage and shout “Hello, Wembley!”.

Purchased by Quintain in 2002 as part of an initial acquisition of 44 acres of land in Wembley Park, the OVO Arena Wembley was transformed by Quintain in 2006 with a £36m refurbishment which, along with the new stadium, cemented Wembley’s position as one of the premier UK locations for live music and entertainment.

Built as the “Empire Pool” in 1934 to host swimming events for the Empire Games, the Arena has also hosted events for both the 1948 and 2012 Olympics. Today the Arena typically hosts 120 events a year across sport, music, comedy and entertainment.

With a capacity of 12,500, the Arena is the second largest in London and is operated by ASM Global, the leading entertainment venue operator, with a portfolio of over 350 venues worldwide.

James Saunders, CEO of Quintain, said: “As we build out the Wembley Park estate, with 3,000 more homes still to deliver, we continue to focus our efforts on our Build to Rent ambition, neighbourhood retail and placemaking. Naturally, we will work with ICG and ASM to ensure that the world-famous OVO Arena Wembley will remain an important part of this world class destination and neighbourhood.”

Andreas Papadolambakis of ICG Real Estate, said: “We’re delighted to be the new custodians of the iconic OVO Arena and to be partnering with ASM, a globally renowned arena operator. The investment represents ICG Real Estate’s first in the content and live entertainment space, a sector which is benefitting from structural tailwinds. As music consumption has pivoted towards streaming, touring has become increasingly important for artists whilst consumers are dedicating an increasing portion of their disposable income to experiences over material goods. We expect this to be the first of a programme of investments in the European content and live entertainment market.”

Chris Bray, Executive VP Europe of ASM Global, said: “Quintain have been excellent landlords for the OVO Arena for the last 20 years and we thank them for their stewardship. We look forward to working with new owners, ICG, to enhance Britain’s most iconic arena and continue to bring world class acts and artists to this world-famous entertainment district.”

They say 'This forms part of Quintain’s strategy to focus activities going forward on build to rent residential across development and asset management, neighbourhood retail and placemaking.' I assume not relevant to their portfolio and perhaps the cash will come in handy!