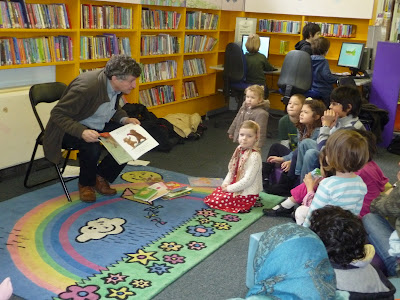 With a consultation that closed AFTER the Council had set its budget assuming library closures and Cllr Ann John, leader of the Council stating that six libraries will close BEFORE the results had of the consultation had been considered, you would think that Brent Council could make things much worse. Oh, yes they can!

Sue McKenzie, Head of Brent Library Service, has written to local save library campaigners admitting that the Libraries Consultation is riddled with errors. In a written response to Graham Durham of the Save Cricklewood Library campaign,  Ms McKenzie today admitted that the consultation figures for library visits per year were wrong.The consultation closed on 4th March but this error has only just been acknowledged.


Local campaigners have asked about the quoted figures for caller  numbers for over four weeks without receiving a reply from Ms McKenzie or Chief Executive,Gareth Daniel. It is appalling that the Council has only acknowledged their error today - after the public consultation has ended and the Leader of the Council,Ann John, has publicly stated that six libraries will be closed.

Campaigners noted that of the twelve library caller figures quoted in the Council consultation - one was an estimate (Harlesden) and two were rounded up to the nearest thousand (Kingsbury and Ealing Road). Now the Council has voted to close the libraries and closed the consultation it has agreed that the figure quoted for Kingsbury was wrong - although it still claims that Ealing Road receives exactly 261.000 callers - 'a remarkable coincidence' according to campaigners.


It is also clear that leading councillors are unclear about their own consultation and decision making. Defending the closure recently Councillor Butt, Deputy Leader, stated that 'the six libraries with the lowest caller numbers are being closed'. This is simply untrue based on the Council's own consultation as Neasden library, recently refurbished at a cost of £355,000,is proposed for  closure  despite being in the top six most used libraries.

All library campaigns have written jointly  to Councillor Powney, lead member on Libraries, on a range of matters including why a  saving of   £1.3 million is being put forward by the council - which is £293,000 more than the budget target and seeking clarity on the over £1 million management costs for running the library service
Posted by Martin Francis at 14:05:00