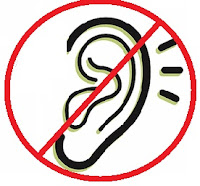 Guest blog by Save Roke Campaign, Parents at Roke Primary in Croydon have been campaigning against their children's school being forced to become an academy. They have been working with the Save Gladstone Park campaign. The process at Roke is further along the line and Harris Academies (run by Lord Harris the Carpetright millioniare and Tory Party donor) has been chosen by the DfE as sponsor. Harris have been carrying out a 'consultation' with parents...


The results of the Harris consultation have finally been published. It is a government commissioned document that will enable the Secretary of State to make his final decision on Roke. The consultation cost £5k of taxpayers money. Yet it contains biased reporting of statistics and omission of data that is unfavourable to Harris. It is alarming but not surprising because the consultation was not run by a neutral or independent arbitrator but by Harris themselves.

Harris have twisted their stats making it look like 62.5% parents support a Harris academy, when in fact only 19% of respondents said this, meaning that 81% did not voice support for them!

So how strong is the support for Harris at Roke? Support is miniscule. Only 15 parents from a school with 442 pupils voted for a Harris academy. If we go by one vote per child, this is a measly 3% of parents. This means 97% of parents were either against, undecided or did not bother to express an opinion by abstaining from the vote. Many parents felt it was a fait accompli and a fake consultation. They did not believe that we would be listened to, so they did not bother to fill in their consultation forms.

Harris will argue that there only 80 people returned their forms. They will state that only around 17% bothered to vote and will deduce that most parents are indifferent. We beg to differ. Of course there is always some indifference or apathy, but we think this figure actually captures two things: 1) the powerlessness parents feel at controlling the outcome and 2) the fact that no one has actually explained in an accessible way what academisation actually means. There were no verbal presentations or explanation. Some parents just don't feel informed enough to have an opinion. What is clear is that there was absolutely no ringing endorsement of Harris.

Given that there has been such a spirited campaign against the forced academy at Roke, this was the opportunity for pro Harris parents to really make their voice count in an anonymous ballot, the fact that only 3 % came out to support Harris- speaks volumes about how welcome they are at Roke.

Incredibly, Harris manage to present the results in such a way that makes it appear that 62.5% of parents support them sponsoring Roke. They achieved this by only including the responses of the 24 parents who voted 'yes' to a question asking if they supported academisation at Roke, of these just 15 went on to say they supported Harris as sponsor. These are tiny numbers. Harris completely ignored the opinions of parents who voted 'no' to an academy. Their opinions on whether Harris should sponsor the school were not included in the analysis. It means everyone who voted that they did not want to be an academy - had absolutely no voice about whether or not they wanted Harris to be the sponsor.

The school ran their own poll to gauge parent opinion which had a much larger response than the Harris poll (129 families- only one vote was allowed per family), probably due to greater faith in the way the poll was being run. As a final blow to transparency, only half of these results were included in the consultation report, despite these being submitted by both the school and the Save Roke committee. Results pertaining to whether parents wished to become an academy were included, but a question about whether parents supported Harris as sponsor should we become an academy, was completely omitted. We can only think that they were omitted because the results were clearly unfavourable to Harris. It showed that 83% of respondents were against a Harris academy and preferred Riddlesdown Collegiate as sponsor. We know which survey we trust. We are dismayed that Harris have completely written out Riddlesdown as a legitimate alternative, from the consultation.

Here is the missing information.


Q2 If the school does become an academy, who do you want as the sponsor?