Brent had a good showing for the Defend London's NHS demonstration today. Fightback supporters were out in force along with a least seven Brent Labour councillors including Muhammed Butt and Brent Central parliamentary hopefuls Sabina Khan and Patrick Vernon.

London Green Party also mobilised for the event and were in evidence throughout the march. Front de Gauche were with us at the start of the march. 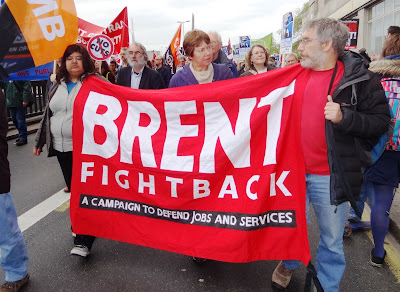 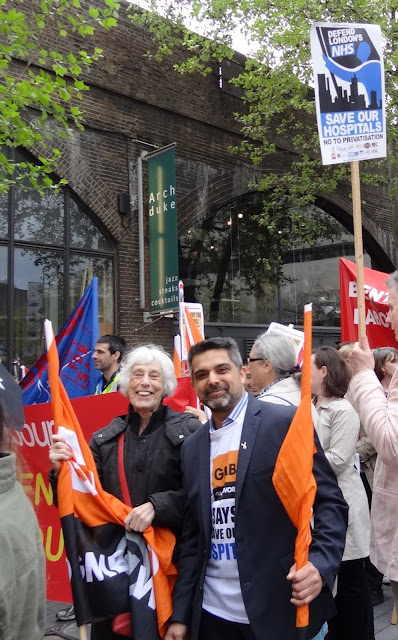 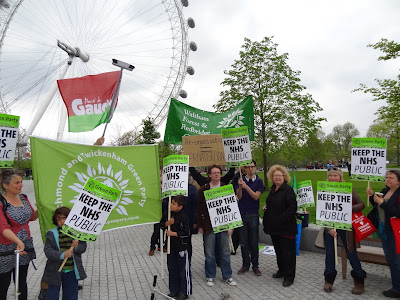 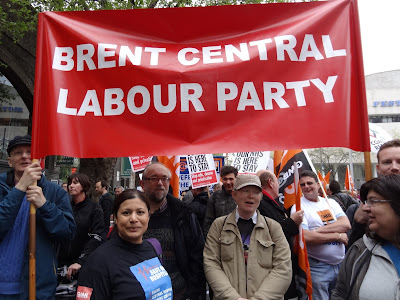 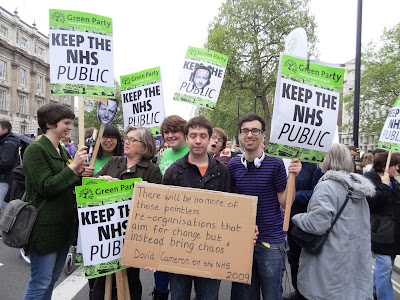 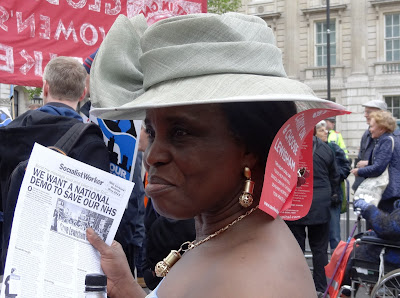 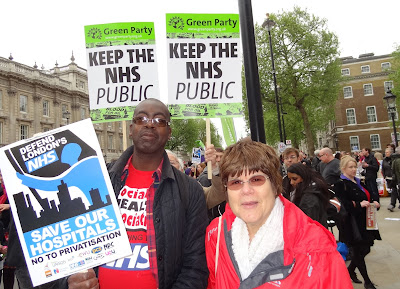