Copland High School was closed yesterday by a strike involving members of the ATL, NASUWT and the NUT. The strike followed the DfE's decision that the school should become a forced academy following a Grade 4 Ofsted report.

If the school become an academy the staff's employer changes along with their pay and conditions.

Michael Pavey, the new lead member for children and families, despite the fact that pupils taking national examinations were able to do so, tweeted:


To those teachers who went on strike today: children's needs must always come first. Striking during exams harms kids’ education.

Logically his comments means that teachers should never strike which is a strange position for a Labour politician to take. It presupposes that strikes are never in the interests of children which is clearly an assumption that can be challenged. Striking against academisation is striking against privatisation of education with money being diverted from educational provision to fat salaries for academy sponsors, as well as worsening conditions for teachers which give less time for lesson preparation and marking and longer hours, and enabling the employment of unqualified teachers. I would argue that striking against those changes IS striking in the long-term interests of children.

Pavey went further at the Hampstead and Kilburn Labour Party meeting last night saying that he had 'become convinced' that the only way to 'save' Copland was through academisation, while admitting that it was no 'silver bullet', dashing hopes that his ascent to the children and families position would mark a change in the Labour Council's acquiescence to academisation.  Copland's conversion would mean that all Brent secondary schools are academies or faith schools. This is in marked contrast to neighbouring Camden where there is only one academy.

Cllr Pavey went on to assure Labour Party members that he wanted to work with the unions. It will be interesting to see how he will go about this given his comments.

Meanwhile Jenny Cooper, Health and Safety Adviser to the Brent Teachers Association has drawn attention to the impact of the poor state of Copland's building on the quality of the school students' learning environment - an issue that the Ofsted report particualrly focused on and an issue out of the control of teachers.

News of the outcome of the Ofsted inspection at Copland school makes for very sad reading. Inspectors placed great emphasis on the state of the school building which, many of us agree, is a very poor physical environment for its students and staff. Previous risk assessments and safety reports have highlighted poor conditions, maintenance and the presence of risky asbestos.


Isn’t it ironic, then, that the week that this Ofsted report was published coincided with the physical handover of the new Village School building and the grand opening of its Short Break Centre. After years of campaigning, by unions and the schools, Brent Council recognized that the former Hay Lane and Grove Park school (now The Village) buildings were not fit for purpose and were riddled with dangerous asbestos. These were demolished and we now have one of the best school buildings in the country for some of our most vulnerable children in Brent.


Just the week before, it was announced that the Village School had achieved its “Good” report from Ofsted. What a complete travesty and dis-service to the children of Brent that the abolition of “Building Schools for the Future” meant that Copland missed out on its promised rebuild and was left to struggle on in an environment not fit for the 21st century.


We must all get behind the teachers and students of Copland and make sure that the real story behind this school is heard.

Will the local authority and Michael Pavey 'deliver' on that last sentence?

12 year old Khadija drew David Cameron's attention to the poor state of the Copland building in March and this was followed up by the World at One on which Khadija was interview by Martha Kearney. The World at One's Facebook page carried picture of the state of the school building which should have shamed the government. 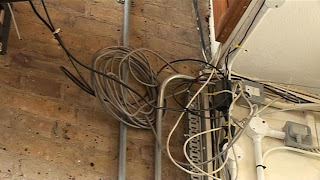 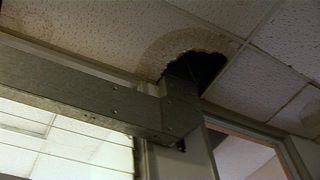 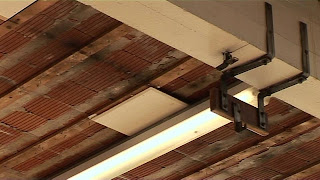 What a disgrace Pavey is. New dawn, my arse

Get Sir Alan back! He saved the school once,he can do it a gain.
What have teachers gained(lost points and jobs)Pupils poor result no new building.Hank and Shane Safe jobs and high pay gained.
Brent..lost money credibility,excellent head and free new school. Become a so called whistle blower and Gain.