When I arrived at around noon to today's unity demonstration against the BNP's attempt top stir up racial hatred in the wake of Woolwich,  only 20 or so BNP members were present and 2 hours later there were still below 100. Anti-fascist demonstrations far out-numbered them and it was heartening to see how many were spirited young people determined to show the BNP that they would be resisted..

When I left the ant-fascist demonstration was in two parts with the first, mainly young,  arrivals clustered around  BNP but separated from them by a line of police. The later arrivals, who included many trades unionists, were separated from the others by police vans.

I spoke to an officer just before I left who said that the police were trying to negotiate with the BNP and anti-fascists for each to march in a different direction - but so far there was stalemate. 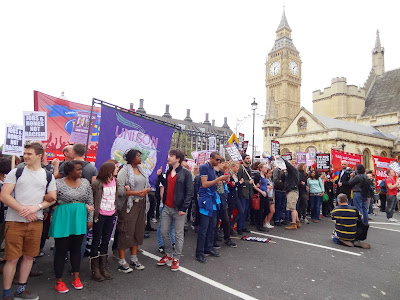 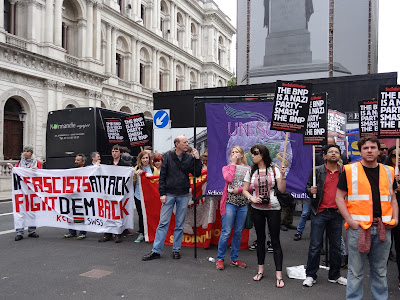 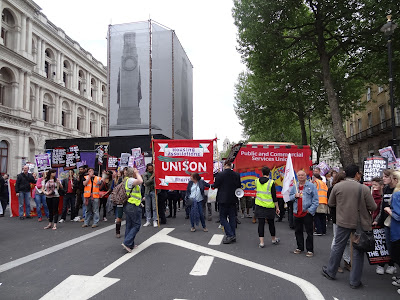 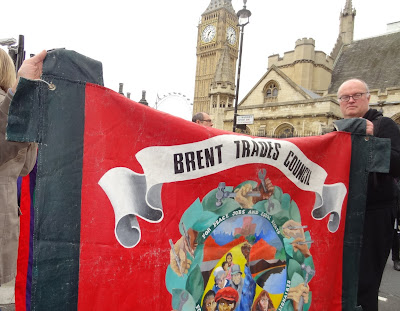 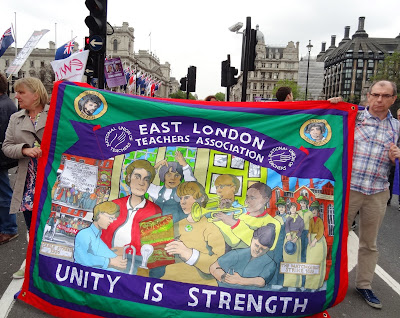 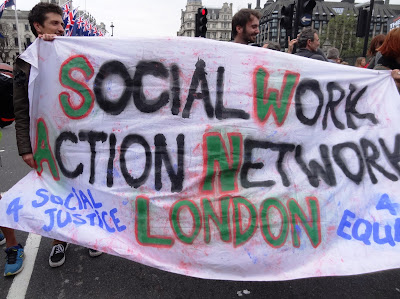