Brent Council should heed Mandela on the Veolia issue 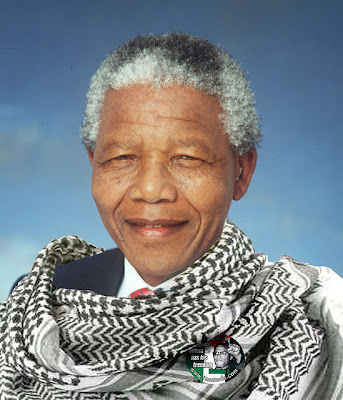 This evening, as Nelson Mandela is reported to be in a critical condition, he will be honoured at tonight's Brent Council meeting with the Freedom of Brent.

It is hard today to remember that Mandela was not always a popular figure in this country and weas denounced as a terrorist by Margarter Thatcher whose government continued to sell arms to the apartheid regime.

A previous Labour Council in Brent, back in the 1980s, attracted controversy for supporting divestment from South Africa and boycott of companies that were alleged to support the apartheid regime and doubtless faced  opposition from council officers. They bravely stood up to the criticism and used every strategy in the book to implement the policy.

Now Palestine is as important a moral and human rights issue as South Africa was then and the present Brent Council has been asked by more that 2,500 people to support the Palestinian human rights struggle by removing Veolia from the current £250m Public Realm procurement. Campaigners accuse Veolia of  'grave misconduct' in its activities in the occupied territories of Palestine which provide infrastructural support to illegal Israel settlements.

President Nelson Mandela himself said at an event celebrating the International Day of Solidarity with the Palestinian People::

The so-called ‘Palestinian autonomous areas’ are bantustans. These are restricted entities within the power structure of the Israeli apartheid system."

I have come to join you today to add our own voice to the universal call for Palestinian self-determination and statehood. We would be beneath our own reason for existence as government and as a nation, if the resolution of the problems of the Middle East did not feature prominently on our agenda.

When in 1977, the United Nations passed the resolution inaugurating the International Day of Solidarity with the Palestinian people, it was asserting the recognition that injustice and gross human rights violations were being perpetrated in Palestine. In the same period, the UN took a strong stand against apartheid; and over the years, an international consensus was built, which helped to bring an end to this iniquitous system.

We know too well that our freedom is incomplete without the freedom of the Palestinians.


I have been to the Occupied Territory and I have witnessed the racially segregated roads and housing that reminded me so much of the conditions we experienced in South Africa under the racist system of apartheid.

As the Council honours Mandela tonight they should consider the Veolia issue in the light of their own history and that of the anti-apartheid struggle.