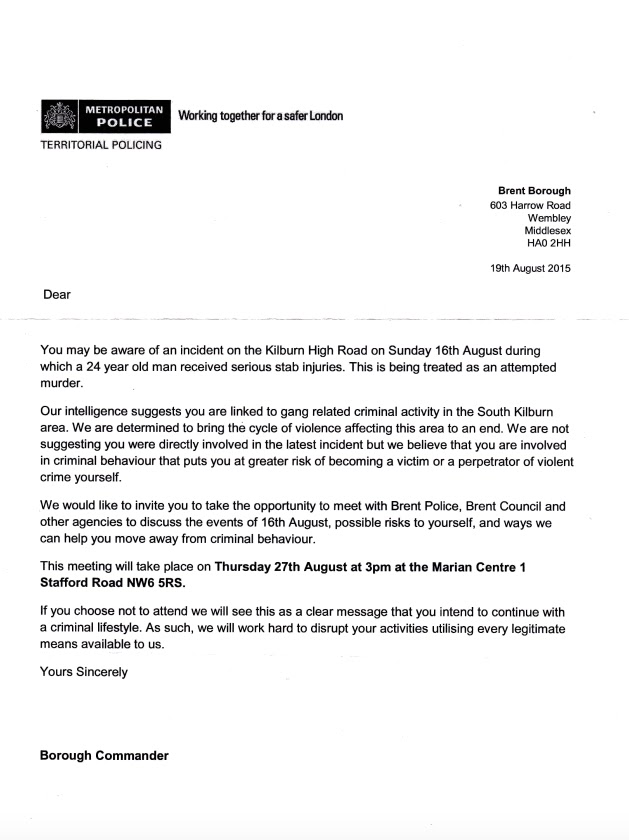 The above letter written to some local young people by the Metropolitan Police Brent Borough Commander has unsurprisingly caused them and their parents considerable alarm as well as raising the issue of civil liberties and what appears to be an undermining of the principle of 'Innocent until proven guilty'.

Particularly disquieting is the last paragraph which appears to contain a threat of continuing police harassment if the recipient does not comply. It has also given rise to fears that this constitutes another example of racial profiling by the police when their are concerns about disproportionality regarding Stop and search in the local BME community (see table at the end of the article).

The apparently template letter contains no evidence that the recipient is involved in criminal activity.