Can Red and Green work as a team? 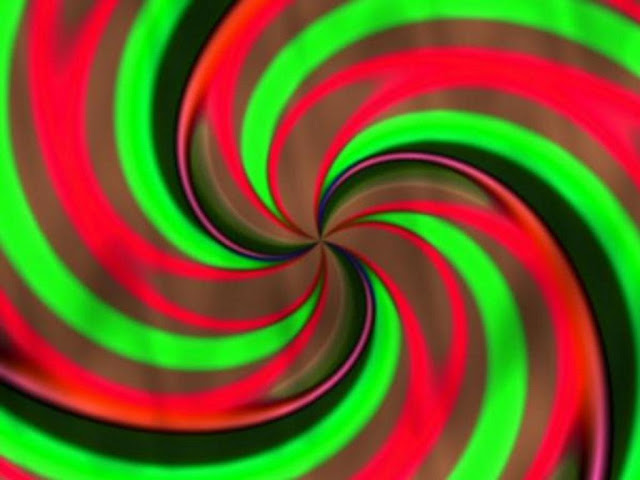 People on the left are sometimes perplexed when I say I am a socialist and ask why then I am not in the Labour Party. This was easier to answer under the pro-austerity pro-neoliberalism previous Labour leadership but Corbyn's victory does raise the possibility of joint work and campaigning.

However, as an ecosocialist and member of Green Left I will still have differences even with Corbyn Labour. Some of the issues are covered in this Guest Blog by Mike Shaughnessy which was first published on the Green Left blog LINK

This is a write up of a talk I gave earlier this week to my local Green Party meeting in Haringey, north London, on ecosocialism.

Ecosocialism is a green political philosophy - it is an ecocentric and democratic socialism.

Ecosocialism is anti-capitalist, and sees the capitalist system as the effective cause of the ecological crisis.

Capitalism commodifies everything, puts a price on it, which is exchange value, and uses the earth as a resource for production and sink for the dumping of toxic waste from the production process, usually free of cost. Climate change is the most spectacular aspect of the ecological crisis, but not the only one. Capitalism releases toxic pollution, into the air, land and sea.

Capitalism is unable to solve the ecological crisis it has set going, because the logic of the system is to ‘grow or die’. Growth that is exponential and the planet is now close to its limit of being able to buffer the damage caused by this required infinite growth, on a finite planet.

I’m going to say something about the historical lineage of the philosophy, threads of which can be traced back for as long as human beings have formed communities, where some elements of ecosocialism can be found in the way people have lived in balance with nature. And today, many indigenous peoples around the world still practice some of these forms of social and economic management.

In South America ecosocialism has found its way into government. Venezuela, until the recent right wing election victory, had a department of ecosocialism. Bolivia still runs forms of ecosocialism in government and has fought off many capitalist corporations plunder of the country’s natural resources, in mining and gas extraction on common land.

There is an English line too. The first stories to be told about Robin Hood, were of a man fighting against crown enclosures of common land. He has become famous for ‘robbing from the rich to give to the poor’, but in fact what he was doing, was fighting to stop the rich robbing from the poor.

Then there were the Diggers during the English civil war, who set up communes on common land and called for a ‘common treasury of the land’.

And William Morris, the nineteenth century socialist and craft movement champion. If you read his novel News from Nowhere, it describes an ecosocialist utopia.

In the modern age, ecosocialism emerged in the mid 1980s, in the west, in the United States, although you can argue quite convincingly that in the US in goes back to Murray Bookchin’s social ecology movement in the mid 1960s. And in the east, in India, where to a lesser extent ecosocialism emerged but more so in the philosophy of ecofeminism, which is a similar philosophy to ecosocialism. For example, ecosocialists agree with ecofeminists that the oppression of women in our society is part and parcel of the system's domination of nature, reproduction in particular. This is done by the capitalist system co-opting the prevailing patriarchal practices, to extract extra surplus value from the workers, in terms of unpaid domestic labour, without which the system could not function.

And all for free to the system.

Examples of modern day ecosocialism can found be found in the Kurdish area of northern Syria called Rojava and the Zapatistas in Chiapas the most southern state in Mexico.

So, what are the component parts of ecosocialism? There are many, but I’ve selected four of the main ones:

Nature contains billions of ecosystems, all connected in a finely balanced way, to form what we might call the ‘ecosphere’. Capitalism, disrupts and eventually completely ruptures this balance, setting off chain reactions which cannot be cured easily. Human beings are ecosystems too, and the way the system forces us to live, causes a rupture between us and nature and leads to illnesses like stress, depression and obesity.

And to those who say the ways of capitalism are ‘human nature’, then if this is true, why have we only been living this way for a couple of hundred years? The only thing natural about capitalism, is that it was invented by creatures of nature, us. And we can just as easily un-invent it – and we should.

Ecosocialist writer James Bellamy Foster has managed to link this to Karl Marx’s notion of an ‘irreparable rift’ between humans and nature, in volume three of Capital.

Historically, in Britain and other western nations, people were forcibly removed from common land as it was enclosed, with violence employed, to drive the people off the land and into the capitalist factories in the towns and cities. And today the same thing is happening in developing countries. By taking away peoples alternative way of providing for themselves, they are left with no choice but to move into cities and work often 16 hours a day for meagre pay in factories, where health and safety is non-existent, and female workers are routinely harassed and molested.

When I visited Senegal in west Africa a few years ago, one day I spoke with some fishermen who complained about the factory ships from the European Union, Russia and Japan that were hoovering up all of the fish, so much so, that the local fisherman couldn’t catch enough fish anymore to earn a decent living. Here was a system of managed commons which had fed local people for thousands of years and provided a livelihood for the fishermen, destroyed by the capitalist factory boats. Robbing from the poor - to give to the rich.

You have probably heard of the ‘global commons’ on the internet, peer to peer sharing and free software, which ecosocialists welcome, with the possibilities it provides for living outside of the capitalist system, to some extent anyway.

This is a quote from my favourite ecosocialist writer Jovel Kovel describing our vision of ecosocialism: ‘a society in which production is carried out by freely associated labour, and by consciously ecocentric means and ends’.

I think this sentence covers the production process under ecosocialism neatly. The ‘freely associated labour’ bit refers to the absence of surplus value, profit for capital.

Production would be for ‘use-value’, not ‘exchange value'. It will require useful work only, doctors, nurses, teachers etc. and there will be no need for work such as pushing numbers around on a computer in a bank in the City of London, which is useless to humanity - and indeed harmful.

What is produced will be of the highest quality, and beauty, and made to last and be repairable. My laptop packed up last week and I put it in for repair. But they couldn’t fix it because they couldn’t get the replacement part – this laptop is only a little over a year old, but it is obsolete. Throw it away, and get another was the advice.

In Green Party circles you hear a lot about sustainability, or sustainable production, but we ecosocialists prefer the word sufficiency, or sufficient production. Only as much as is needed will be produced, and no more. It should go without saying that the production process will be in balance with nature too.

Democracy in an ecosocialist society will devolve all decisions down to the lowest possible level. A series of assemblies, local, town, regional and at least at first, national. The assemblies will be freely elected and each assembly will be subject to recall from the level below, and assembly members should serve only one term. Eventually, the state will be dissolved.

All of this must seem like a million miles away – and it is. But now is not the same thing as the future. The ecological crisis will get worse, if we carry on like we are, and will present opportunities where radical solutions are sought. We must be ready to seize these opportunities.

And where does this all leave the Green Party? Well, interestingly The Guardian newspaper, during last year’s general election campaign, twice, once by one of its columnists and once in an editorial, described the Green Party as ecosocialist.

I think what was meant by this, was concern for the environment and advocating things like nationalising the railways and energy companies – all of which is to the good, but it is not really ecosocialism.

The Green Party seems to have some hazy notions which are heading in the right direction, but for some reason, fails to follow through this thinking to its logical end – ecosocialism.


We in Green Left, try to push it along a bit, so that the Green Party fulfils its radical agenda, which logically means parting company with capitalism and championing ecosocialism.