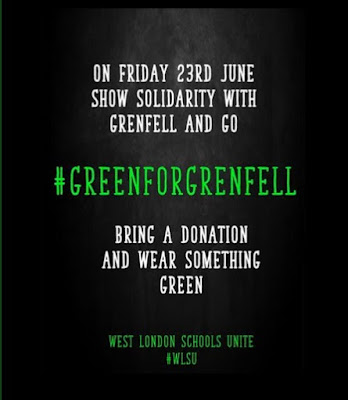 Schools are coming together in support of the victims of Grenfell Tower, with a 'Green for Grenfell' dresscode on 23 June
Schools across west London are set to unite to raise money for people affected by Wednesday's tragic fire at Grenfell Tower.

The Fulham College Academy Trust is urging pupils and staff to show their support and solidarity by donating money and wearing #GreenforGrenfell on 23 June.

The idea has struck a chord across the tri-borough of Kensington and Chelsea, Hammersmith and Fulham and Westminster, with 50 schools pledging to take part in just 12 hours.

All money donated will go to the Kensington and Chelsea Foundation’s Grenfell Tower Appeal, which has been set up with the support of the London Emergency Trust Fund. You can donate here. Use the hashtag #GreenforGrenfell on Twitter.

I hope some Brent schools will join in. This is how one school is taking part: 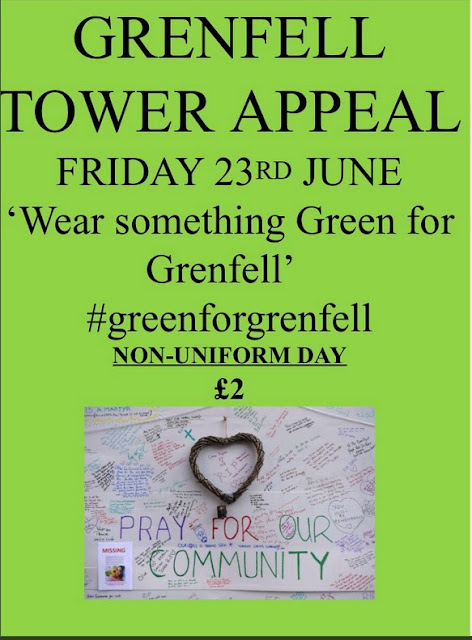