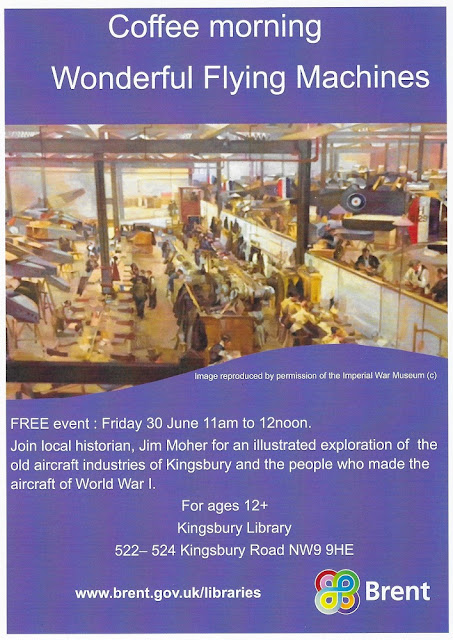 Did you know that Kingsbury was one of the main centres of the aircraft industry 100 years ago?

This is a subject that local historian and former Fryent Ward councillor, Jim Moher, has been researching since he stepped down from Brent Council in 2014. He will be sharing the story of the people who made some of the best known planes of the First World War, and after, in an illustrated talk. This free "coffee morning" event is taking place at Kingsbury Library on Friday 30 June, from 11am to 12noon, and anyone who would be interested is welcome to attend. 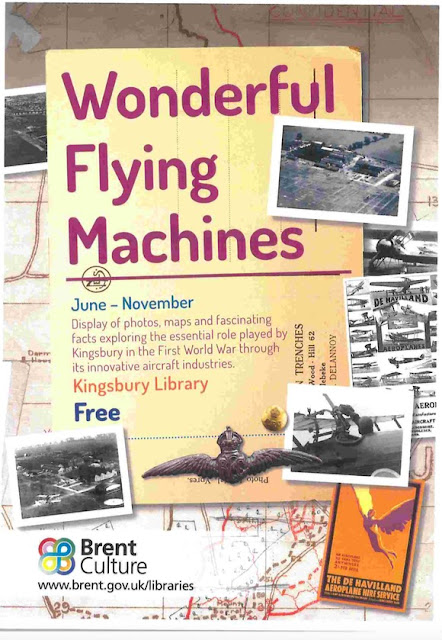 Jim has also worked with Brent Museum on a small exhibition, also called Wonderful Flying Machines, which can be seen at Kingsbury Library from now until November 2017. Even if you cannot make it to the talk, you will find plenty of interesting pictures and information about the Airco factory, which employed 4,400 people (many of them women) by 1918, and the company set up at Stag Lane after the war by its principal designer and test pilot, Geoffrey De Havilland.
Posted by Martin Francis at 16:59:00